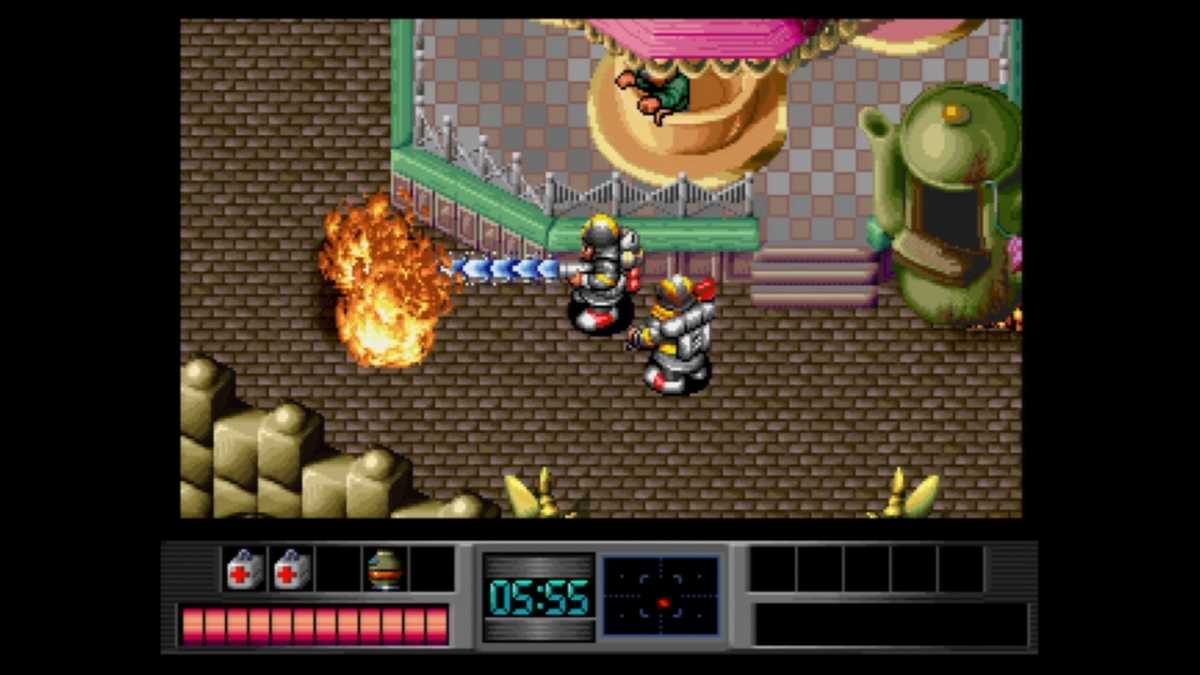 MonkeyPaw Games have today announced that the third installment in their “Retro Rush” line of Japanese PS One Classics is now available for purchase via the PlayStation Store. This time around they have chosen to release 1995 firefighting action RPG The Firemen 2: Pete and Danny which is priced at $5.99 and will be available for the PlayStation 3 and both portable PlayStation consoles.

In this sequel to a 16-bit original, Pete and Danny are two firemen sworn to fight fires and save lives. When a blaze breaks out at the amusement park on Christmas Eve, the two go into action to rescue trapped citizens. Unlike most action RPGs,The Firemen 2 takes a different approach since Pete and Danny don’t fight goblins or stop world-ending evil, they are battling against flames and time to save the day. Players must use their water nozzle weapons and power-ups wisely or they will get licked with the intense inferno’s tongue.

Given that there are two character names in the title, you can choose to go into The Firemen 2 by yourself or alongside a friend in co-op mode.