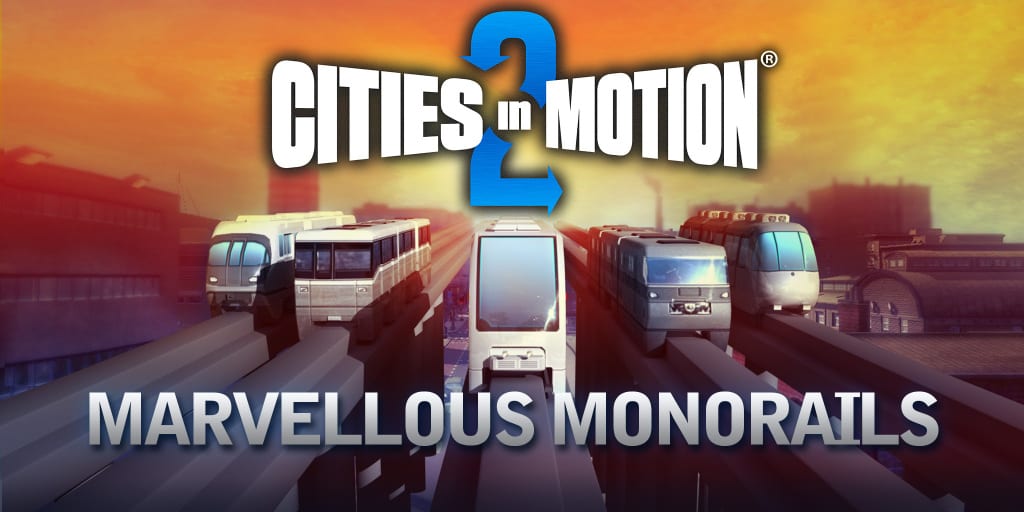 Paradox Interactive have announced the formal release of their “Marvelous Monorails” expansion pack for Cities in Motion 2, their pass transit simulation game developed by Colossal Order for the PC, Mac and (from today) Linux platforms. As the title suggests, this pack will provide a new monorail transit option to your game for $9.99. This follows on from a set of seven other expansion packs now available for the game ranging from “Olden Times” to “Bus Mania”.

In Marvellous Monorails, players can add five all-new monorail vehicles to their fleets, and spruce up their layouts with elevated rails to carry them. Monorails, which work best on circular layouts, are ideal for inner-city connections, and offer a more affordable alternative to metro lines, with a choice of cars from big-and-slow to speedy-but-expensive.

In Cities in Motion 2, players must design, construct, maintain, and expand a multifaceted transit network that serves the needs of a growing city. Fleets of vehicles, including buses, trains, ferries and subways, must be assembled and set in motion on player-created tracks and routes, providing affordable and efficient transit between growing residential and commercial centers. As players engineer their systems, the city will grow dynamically around them, keeping players on their toes with increased population, congestion, and budgetary concerns.