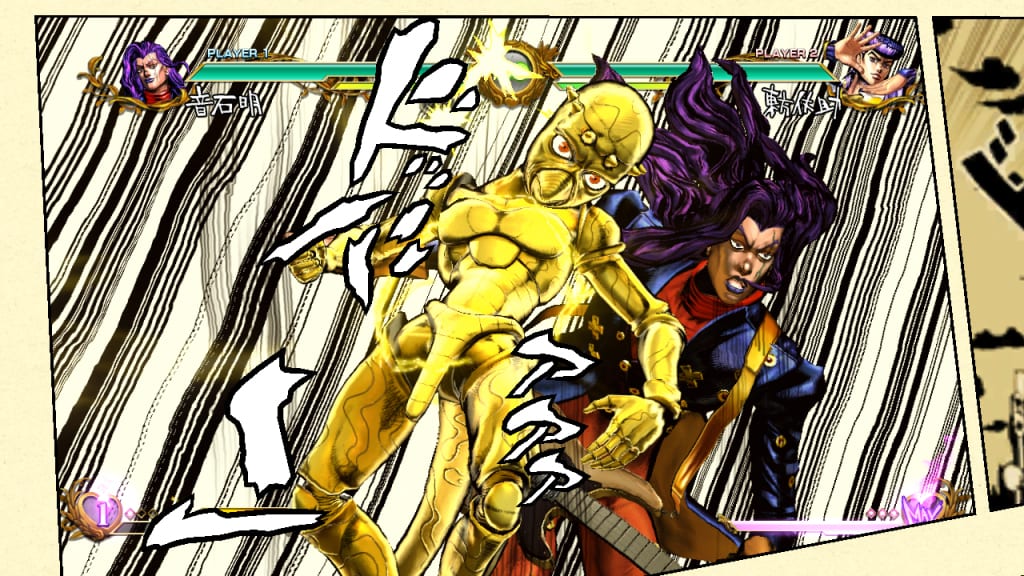 Namco Bandai and developer CyberConnect2 have kicked off the week by sharing new details on JoJo’s Bizarre Adventure: All Star Battle which is set to launch internationally at an unspecified date in 2014. The developer aims to offer all manga and fighting game fans hours of fun and epic battles, following closely to what has been produced by Hirohiko Araki.

The game is set to feature a Story Mode, which provides several missions with special conditions which can be used to unlock new characters, win gold and buy support items. The fourth chapter in the game is titled Chapter 4: Diamond is Unbreakable – Morioh Town –. This chapter focuses on Josuke Higashikata, who is visibly related to Joseph Joestar. Through this new adventure of the Joestar descendants, we discover a new powerful Artifact, “The Bow and Arrow”, that causes people to develop their Stand! Josuke and his gang discover that Dio wasn’t completely eradicated, as his cells are still alive within Nijimura brothers’ corpses. All these adventures will take Josuke, Rohan, Joseph and their friends on a fighting rollercoaster where their enemy is Kira.

In addition to this tidbit of information, the company have also released new screenshots and character artwork which has been conveniently located below: