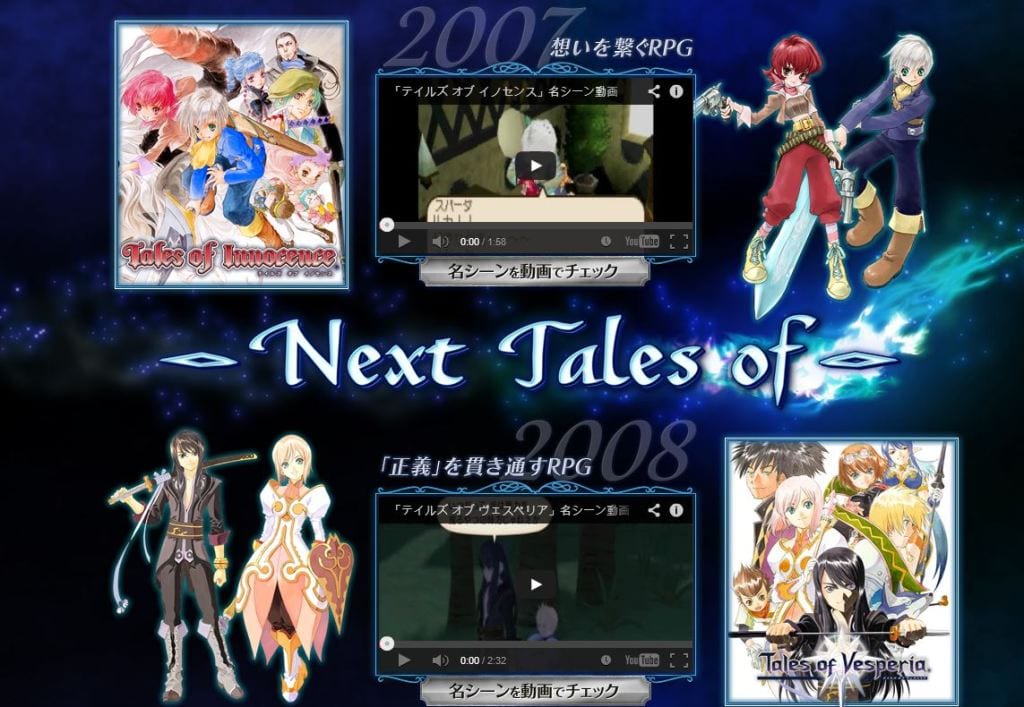 As I reported a few days ago, Namco Bandai have been teasing the announcement of their next Tales series title by going through the history of titles, starting with Tales of Phantasia and Tales of Destiny from 1995 and 1997 respectively. With daily website updates showing two titles apiece, we are almost at the time of announcement – with them today showcasing Tales of Innocence on the Nintendo DS and later Playstation Vita and Tales of Vesperia on the Xbox 360 and later on the Playstation 3.

Select scenes are available in trailer form for both, in additional to bonus wallpapers for each as well via the teaser website. Only mere days may now stand between us and the announcement – and hopefully we can expect less of a wait for an international release given the demand spawned by Tales of Graces F and Tales of Xillia which has resulted in not one but two releases in the series planned for 2014 internationally.