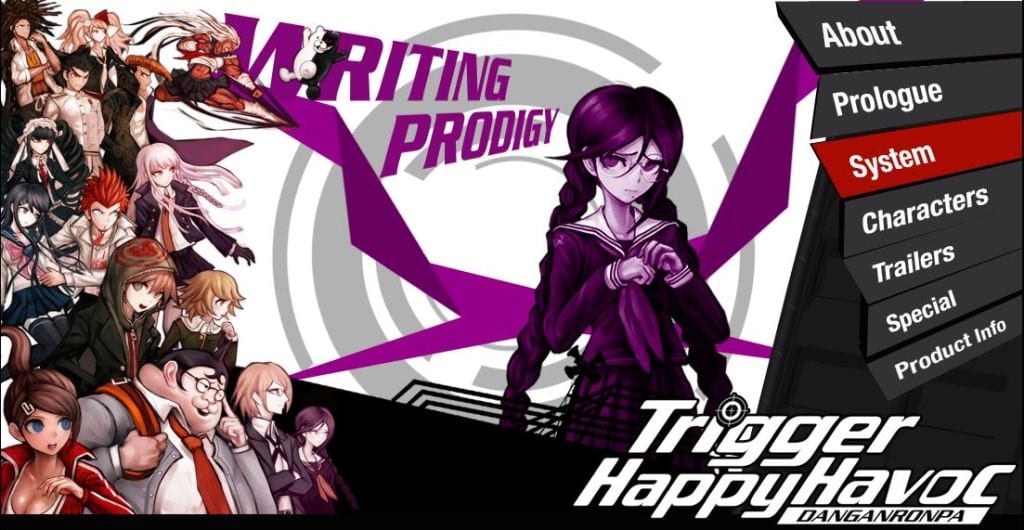 While there are many incomplete sections of the site to be updated in the New Year, Nippon Ichi Software America have today confirmed their release of the official website for Danganronpa: Trigger Happy Havoc, one of their first releases of 2014 for the Playstation Vita and is a localization of the first game in Spike Chunsoft’s Danganronpa media franchise.

At this point in time, the About, Prologue and Trailers sections of the site are up – with many more set to be open soon.

Hope’s Peak Academy is a government-funded private high school recognized all across the nation as the cradle of hope and prosperity, providing a complete education for “ultimate” students of all stripes.

Thanks to a national lottery, one extremely lucky but otherwise ordinary student—Makoto Naegi—has been chosen to attend this prestigious institution.

But when Makoto arrives for his first day of class, he suddenly falls unconscious, and when he wakes up he finds himself in a classroom within the school—with the windows barred and the doors locked. As he explores the abandoned, dirty halls, it becomes clear that something is very wrong. He and his new classmates make their way to the gymnasium, where a demented robotic bear, calling himself Monokuma and claiming to be the school’s headmaster, makes a declaration: “You’re all going to be living here from now on. If you want to go free, your only choice…is murder.”

And so…fifteen high school students gathered from across the country have been imprisoned. Their strength, their commitment, their very humanity will be tested time and time again. Why must they clash in these class trials? Who’s the mastermind behind it all? And what is this shadowy figure really after? The battle against the looming, invisible enemy known only as despair is about to begin…