The same goes for me in you reading this post for that matter…. 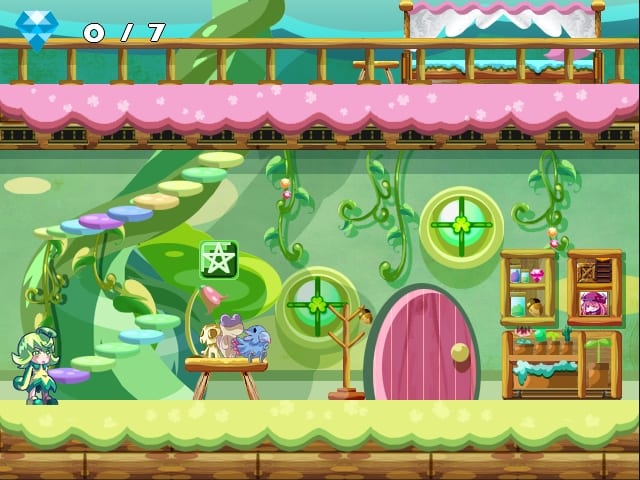 In September 2012 I wrote a review for the game Eryi’s Action, a small game about a poor girl who had her melon stolen and goes to rescue it from the evil Farta X. Unfortunately she lives in a realm where the environment is out to kill you even more than its inhabitants are…. so rescuing that melon requires infinite negative lives and a good state of mind from the user.

After suffering the path of “Steam Greenlight” many publishers have to endure for months on end, international publisher Nyu Media have finally managed to get the game on the Steam service at a reasonable price of $4.99. Played it already? The game has also been loaded with 32 achievements and trading cards for the taking.