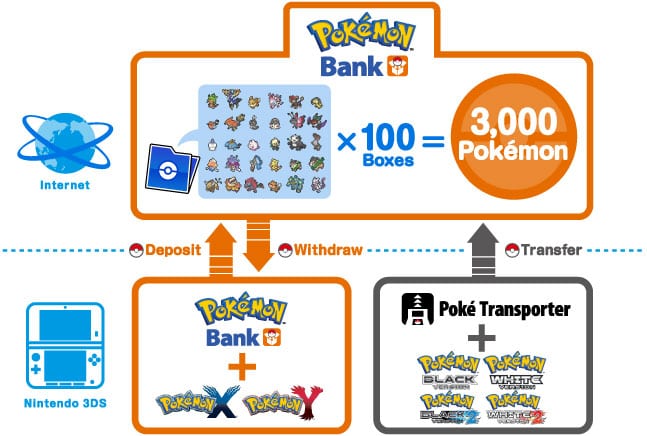 Not been able to download Pokemon Bank or its companion app Poke Transporter? Unfortunately despite many months to prepare for its release both Nintendo and The Pokemon Company International have confirmed that the services launch have been postponed until an unspecified date.

In a statement issued by the publisher, they have stated:

Due to the high traffic, players are having trouble setting up Nintendo Network IDs and downloading content in the Nintendo eShop on both Wii U and Nintendo 3DS.

Therefore indicating that users downloading the companion application have been putting a strain on the Nintendo Network service.