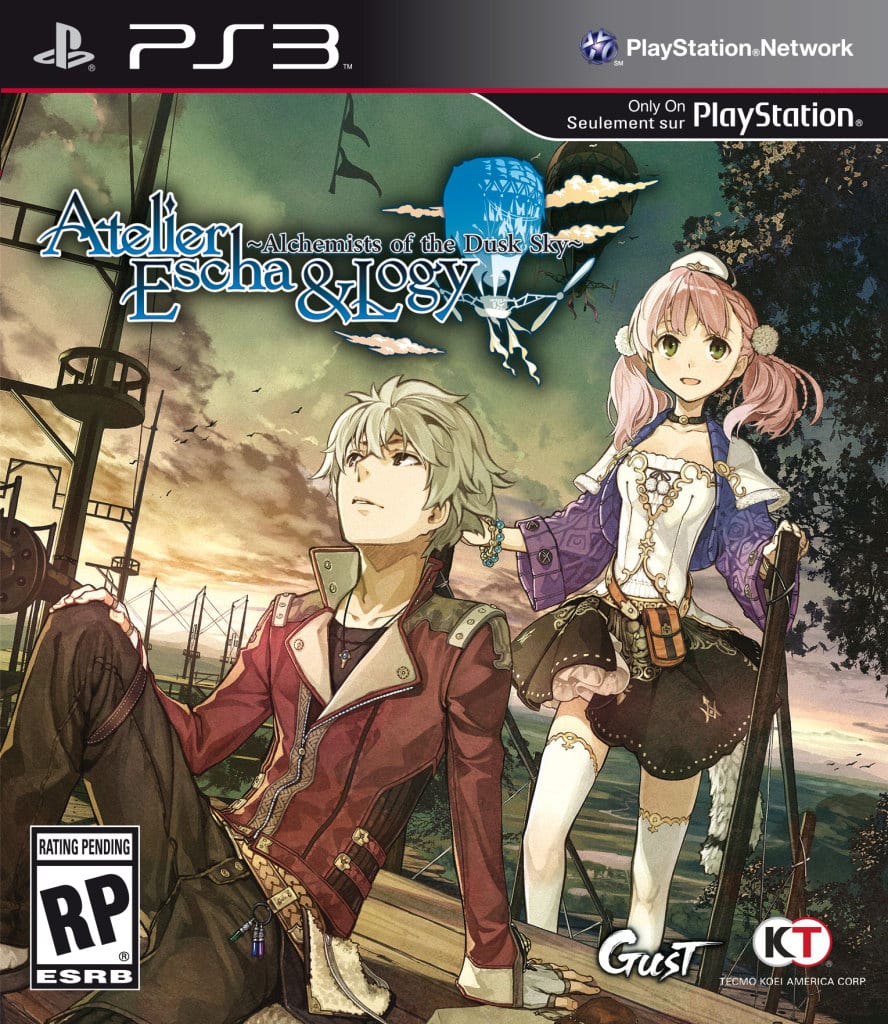 After a period of quietness from the team at Tecmo Koei, the international publisher have shared new details about their release of Atelier Escha & Logy ~ Alchemists of the Dusk Sky ~ in North America and PAL regions. With preorders now available at select retailers across the globe, they have confirmed that selected retailers will provide exclusive download costumes as part of a preorder bonus for those dedicated fans. True to the style one would expect from developers Gust, these new costumes are absolutely adorable!

One particular set will provide access to Escha’s “Apple Pirate” attire and Logy’s “Tails Butler” costume, while a second set will give access to an adorable “Enchanted Witch” costume for Escha. Screenshots featuring all three of these costumes in-game are available below:

In addition to these screenshots, Tecmo Koei also shared a new batch of screenshots and (For those who have not already seen it), the opening sequence for the game. Both of these are available below:

Finally, one of the biggest issues I had against Tecmo Koei with their international release of Atelier Ayesha was that they did almost no publicity of the game while former publishers Nippon Ichi Software America would give them considerable media attention in comparison. The publisher has confirmed that they have put together a localized official website which you can check out HERE. Currently it contains a good sampling of music, a profile on the game and the bios on the characters you will meet and fight alongside during your playthrough.

This world has gone through many Dusks, and is slowly nearing its end. Within this world, in the western reaches of the “Land of Dusk,” there was a nation that prospered thanks to its use of alchemy. There, in order to survive the eventual arrival of the “Dusk End,” the people devoted their efforts to rediscover and recreate lost alchemic technologies. Rediscovered technology from the past era was gathered in the alchemy research city known as “Central,” where research was conducted on how to halt the advance of the twilight. One of the heroes is a young man who researched alchemy in Central, the other a girl living in a small town on the frontier.