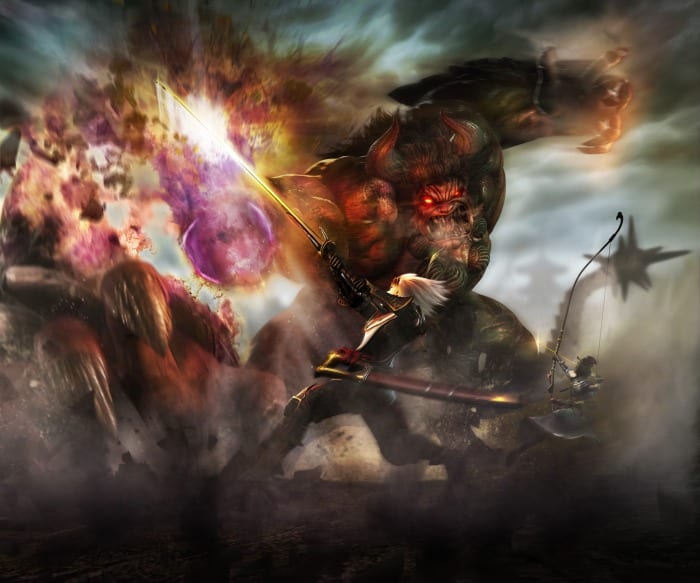 Tecmo Koei Games Europe have today announced that their upcoming release of Toukiden: The Age of Demons for the Playstation Vita will be available for purchase in PAL regions from the 14th February 2014. This release follows on from an earlier successful release in Japan which saw them above expected sales of 420,000.

The game is set to feature an “extensive” character creation mode in addition to six different weapon types that can be further enhanced and forged to your individual preferences. Aside from the custom characters, the title will feature 200 characters based on both fictional and historical Japanese figures, whose souls will help players strengthen their team and defeat those who go up against them.

Set against a backdrop inspired by various historical periods of Japan, Toukiden tells the tale of humanity’s last stand for survival. When monstrous demons (Oni) of varying strength and size invaded the world through cracks in space and time and started attacking humans, the only opposition came from the Slayers; a caste that has always secretly protected mankind from their murderous intent.

Eight years after time warped and Oni appeared, a brave young Slayer embarks on a journey to thin the numbers of the enemy and help humanity survive. Players take the role of this young warrior and can fully customise their characters, weapons and armour and form a group of hunters to take down the destructive Oni.

Like cat ears? Fancy a fox mask? Tecmo Koei have also announced pre-order bonuses for the game. Those who pre-order Toukiden through the Playstation Network will receive the Mitama of Momotaro (A warrior’s soul that will strengthen your characters skill) and a pair of cat ears. Selected retailers specific to each region will also be offering one of two additional pre-order DLC packs – one including the Mitama of Niijima Yae and a fox mask and one containing two extra mission collections.

Time for some screenshots I think!