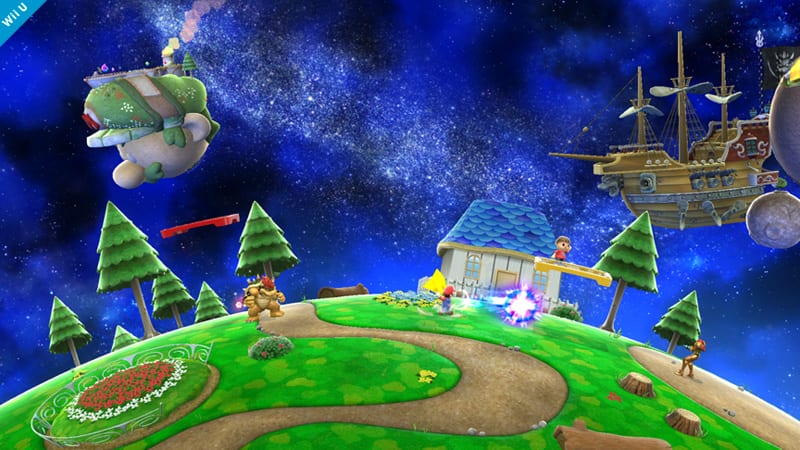 Super Smash Bros. (Wii U / 3DS) director Masahiro Sakurai has recently confirmed via the Miiverse forums that the next iteration of their fighting game series will feature a stage based on the Wii franchise Super Mario Galaxy – and provided the above screenshot of the stage.

While it does look like they are going for more visual than gameplay appeal, his comments highlight that there may be more at hand for the stage:

Pic of the day. A new stage, Mario Galaxy!! The pull of gravity emanates from the center of the planet, so this will require using brand-new tactics.