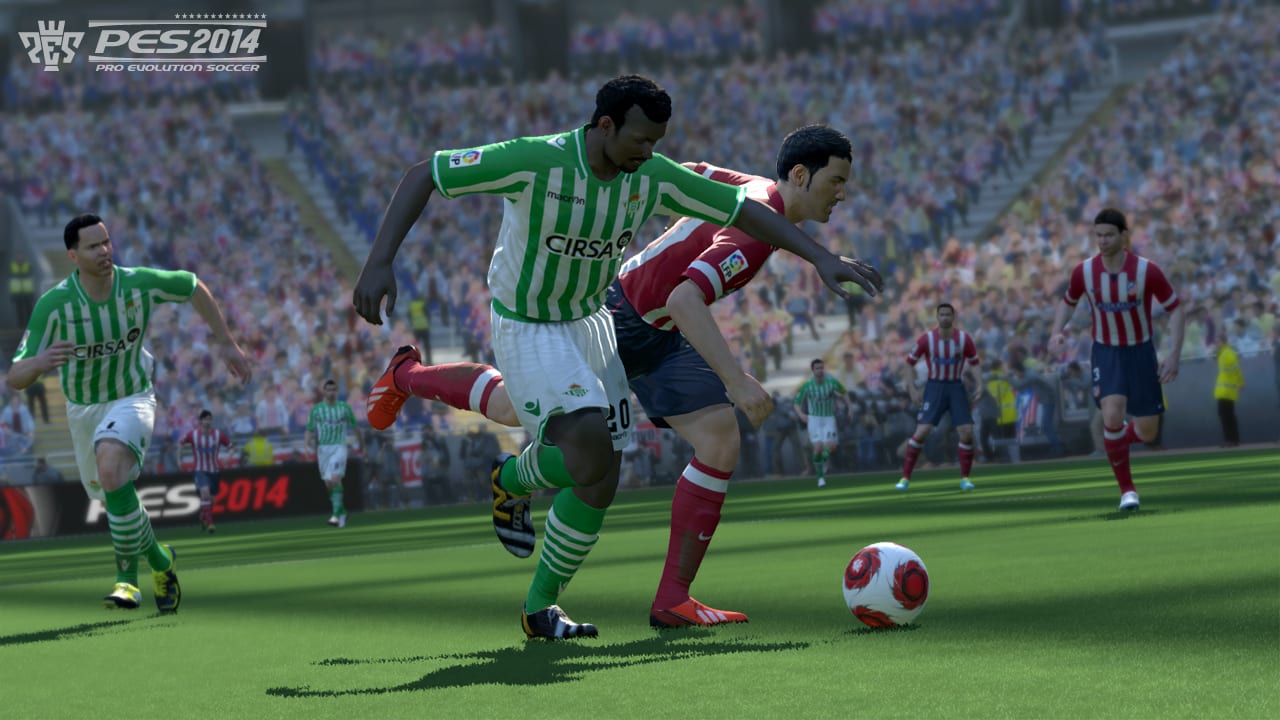 Konami Digital Entertainment have released new details on their upcoming (and free) data pack for PES 2014, set to go live next month.

Designed to bring all team rosters fully up to date, the update will include all transfers made ensuring that all current players are at their correct teams. Moreover, the publisher has also extended the realism of the game’s visuals, with the addition of over 800 new faces which are included within the download. This will ensure that even more players are represented in greater clarity, with the likes of Manchester United’s Da Silva twins, Boca Juniors’ Riquelme, Real Madrid’s Isco and England’s own, Jack Wilshere, are amongst those that will be upgraded.

Responding to community feedback, they will also be adding a number of new features, including the addition of the 11 vs 11 online mode, enhancements to the chat elements and gameplay tweaks. New official kits have also been added, with more third kits added to the likes of Santos, Palmeiros and Flamengo, which sponsorships have been amended to key teams where necessary. New adidas, Nike, Puma and Mizuno boots have also been included, and will be available via the game’s Edit mode, which has also been enhanced for ease of use with the addition of the player base copy and more functionalities.