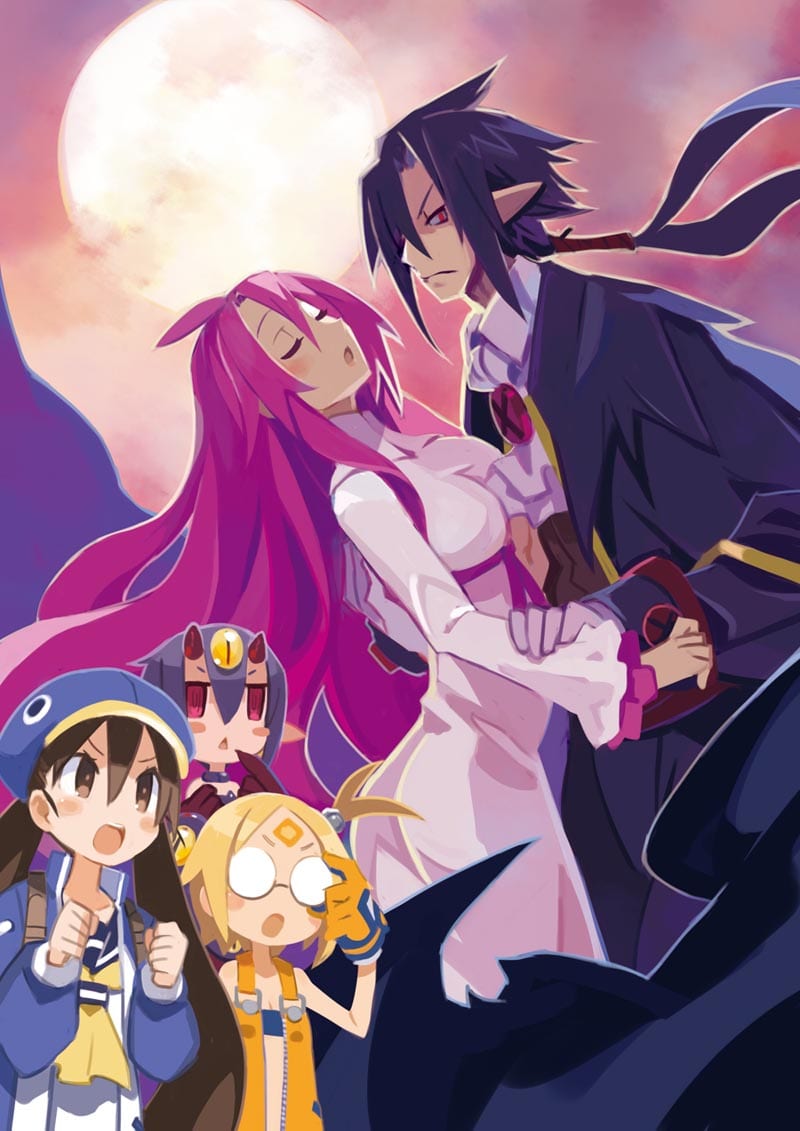 Criminal Girls Invitation was not the only game Nippon Ichi Software chose to release new screenshots and details for, with additional details being covered on the bonus chapter included in their upcoming release of Disgaea 4 Return on the Playstation Vita. As with what they did with Disgaea 3 Return, this release will feature all the original content but also include all previously released DLC characters, a new tier of magic spells and new storylines.

The new “Time Leap” chapter follows Fuka Kazamatsuri and Desco, who after their actions in trying to get Valvatorez and Artina together, find themselves travelling back in time to the war that took place 400 years in their past where the couple first met. The pair was send back in time at the whim of mysterious “surgeon” Nagi Clockwork. So Fuka who has earned the title of “Strongest Warrior” and “Final Boss” Desco are set to potentially put an end to the war, while uncovering more about the relationship between Valvatorez and Artina which ended in him not sucking blood for 400 years.

All five above mentioned characters are set to be playable in new battle stages – including Valvatorez and Artina in their older forms.