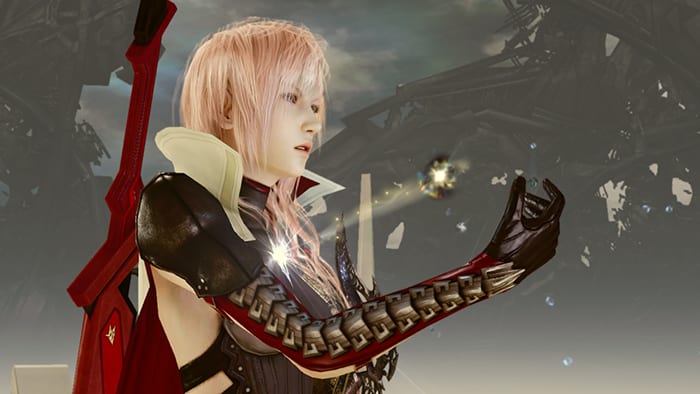 While those of us internationally have to wait until February 2014 to get our hands on Lightning Returns: Final Fantasy XIII, in Japan they are set to receive their copies in just two days time. To mark the lingering Japanese release, Square Enix have unleashed a massive screenshot batch which briefly touches many of the gameplay features and the return of two familiar faces – Serah Farron who was last shown apparently dying in the arms of Noel and Cid Raines who has not appeared since Final Fantasy XIII.

Additional screenshots focus on each of the returning characters who have been playable over the years, the option of choosing a difficulty mode, the world life expectancy function the battle / style change systems and more.