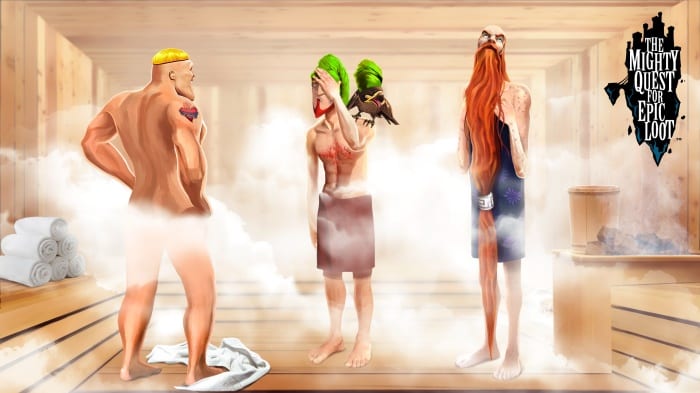 Ubisoft have announced that The Mighty Quest for Epic Loot, their online marriage of hack-n’-slash and tower defense elements produced from the minds of their Montreal studio (Assassin’s Creed I – IV, Watch_Dogs etc), is now available to pick up through Steam via its Early Access Program.

Players can enter the closed beta of the game with a bang, thanks to the Double O (Original Opulencian) program. This Founder program gives players access, among many other things, to exclusive gear and special items and early access to new heroes and bosses. Not sure what this game is but watched the Ubisoft E3 2013 press conference? It is the game that had a parody trailer of its comical teaser trailer.

After keeping it under wraps for some time now, we’re very excited to finally announce that The Mighty Quest for Epic Loot will be a part of Steam’s Early Access program. We are really looking forward to getting feedback from Steam’s community of highly active and engaged gamers.

The team at Ubisoft have also commented that anyone looting the castle of a user by the name “Quentin” should show no mercy.