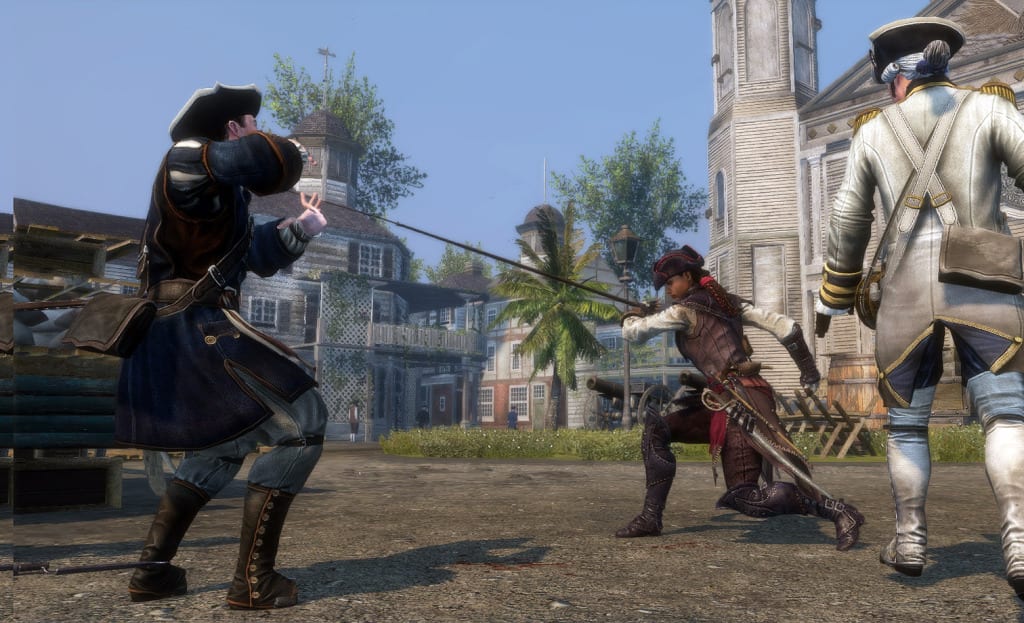 A tad concerned about missing one of the Assassin’s Creed gaming experiences because you don’t own a Playstation Vita? Despite the considerable wait for the game to be ported over to other consoles, Ubisoft have confirmed that Assassin’s Creed Liberation HD, another chapter in the American Revolution saga in the franchise is set to be released as a digital download title on the Playstation 3, PC and Xbox 360 between the 15th January (PS3 / PC) and the end of January (Xbox360) 2014. Want to know some other good news? It is not the price of a standard AC game at just $29.95 AUD.

As Aveline, the first playable female Assassin in the Assassin’s Creed saga, the player must use their skill, instinct and weaponry – including a machete, poison-dart blowpipe, a whip and dueling pistols – to hunt down and eliminate enemies as they embarks on an unforgettable journey that will take him from the crowded streets of New Orleans to voodoo-haunted swamps and ancient Mayan ruins.

Despite embracing the Wii U for Assassin’s Creed III and IV, no release on the platform has been confirmed for Liberation HD.