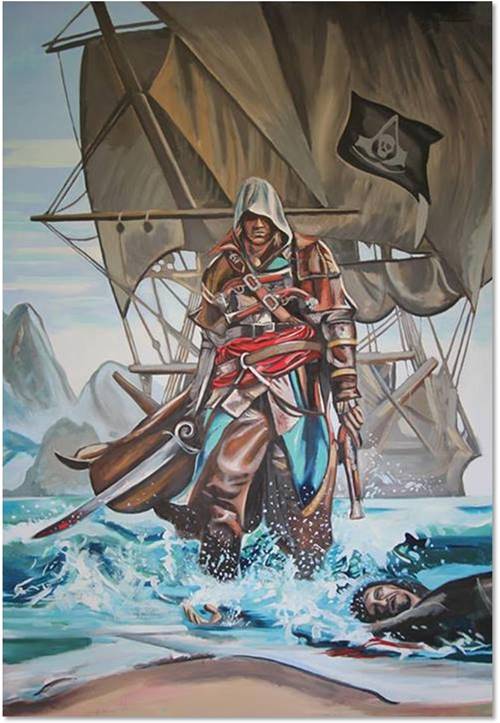 While there are no doubt many deserving charities in Australia for a variety of different areas, few in my opinion meet the tireless effort and standards of the Starlight Foundation, a group who seeks to improve the lives and health of young children with a disability or serious illness. They do this through “Starlight Wishes” where they seek to fulfill the wish of children / teenagers who are faced with a disability, Starlight Escapes for those who have sadly been faced with a chronic or life-threatening illness, numeous hospital-based activities and a number of other family events throughout the year among other things.

But with most charities, they need the support of the general public to be most effective, and this is one charity that has been embraced by the Australian gaming industry including EB Games and Ubisoft Australia. During this years EB Games Expo in Sydney, Ubisoft had artist Garry Donnellan painting the huge canvas pictured above, featuring protagonist of Assassin’s Creed IV Black Flag, Edward Kenway.

This painting has now gone to auction, with any and all fans able to bid (hopefully big) for their chance to receive this one of a kind piece. The Ebay auction will be run until the 29th October 2013 at 8PM and is currently at $1,075.00. I would personally like to see it go much higher than that.