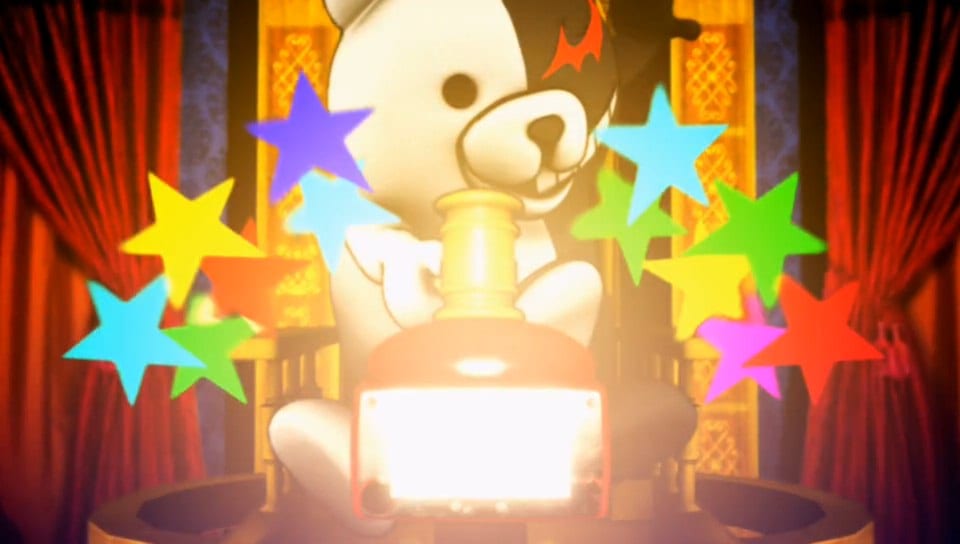 With Disgaea D2 and The Guided Fate Paradox more or less out of the way, Nippon Ichi Software America has set their sights on their first batch of releases in early-2014, the first of which is Danganronpa: Trigger Happy Havoc! on the Playstation Vita.

Containing the first half of the currently available installments in the video game franchise, this will see you as Makoto Naegi, who after stepping foot on the campus of Hope’s Peak Academy for the first time passes out and find himself trapped in the school with a murderous teddy bear named Monokuma. Trapped with a group of other students, they are warned that they will be locked away in the school for eternity… unless one of them manages to successfully pull off a murder and get away with it. If they fail…. well…. punishments are a bit different at this academy.

Take a look at some of the first English localized screenshots for the game below: