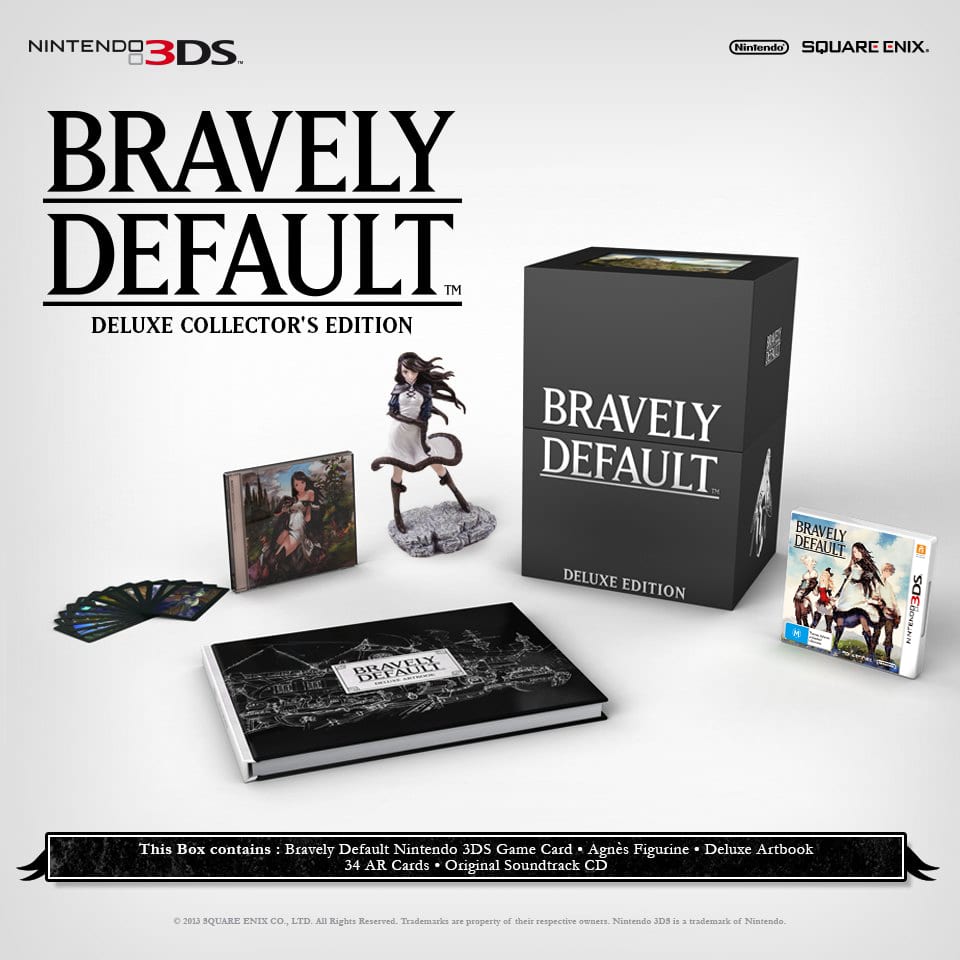 Got a bit of money left over after Christmas shopping and purchasing the new next generation consoles next month? On the 7th December 2013, Nintendo are set to publish Japanese RPG Bravely Default on the Nintendo 3DS. While a standard edition is available for the game, if you are willing to pay more than double the cost you will be able to pick up the games Deluxe Collector’s Edition.

With EB Games Australia currently listing the collection for $149.95, you will be able to get the following, all in a giant artbox:

Unfortunately Nintendo have failed to share some of the standard specifics you would expect, such as if the Original Soundtrack will contain all songs present in the game or a sampling or tracks OR the dimensions of the figurine.

As a special pre-order bonus, fans will also be able to get their hands on a smaller artbook when they pre-order either the standalone game or the limited collector’s edition at EB Games stores in Australia and New Zealand before launch on 7th December. The game itself will also be available as a download from Nintendo eShop on the Nintendo 3DS family of consoles.