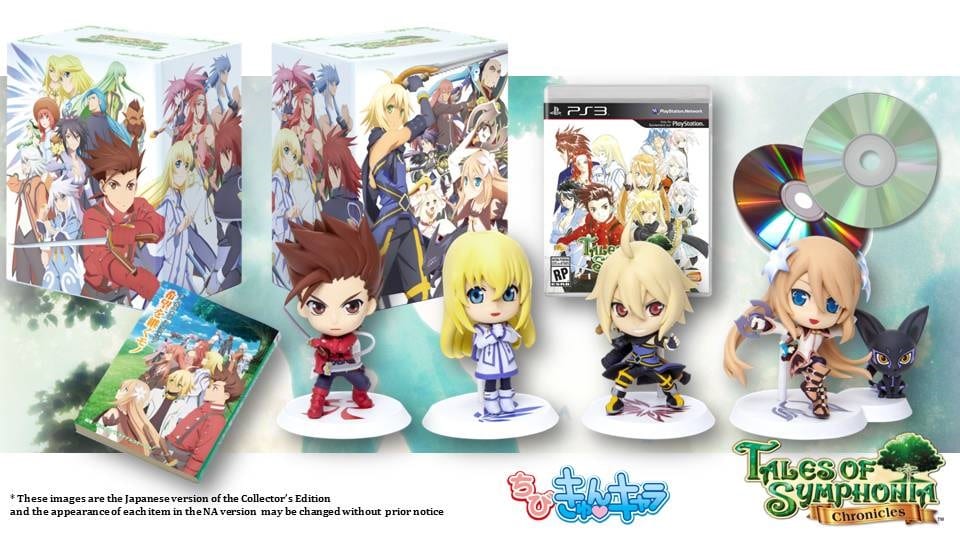 While I haven’t heard of any similar release plans for PAL regions just yet, Namco Bandai Games America have announced that they will be doing up a Collector’s Edition of Tales of Symphonia Chronicles when it launches next year. Encompassing the presence of both Tales of Symphonia and Tales of Symphonia: Dawn of the New World in the one packaging, this special set includes: