Mindscape and Konami Team Up to Publish Castlevania: Lords of the Shadow Collection in Australia Next Month 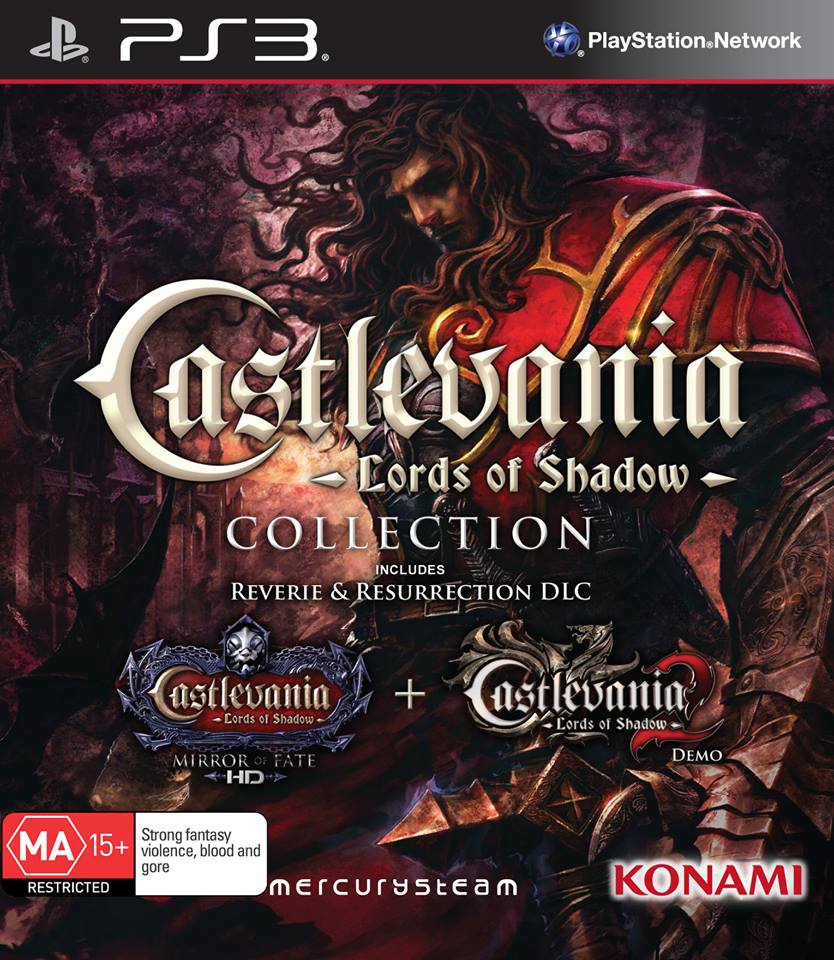 Australian video game publisher Mindscape in collaboration with Konami Digital Entertainment have announced that they will be publishing the Castlevania: Lords of Shadow Collection on the Playstation 3 and Xbox360 video game platforms from the 7th November 2013.

Before the final chapter in the heroic Dracula trilogy, which is set to launch in February 2014, Castlevania: Lords of Shadow Collection aims at acquainting or reacquainting you with everything you will need to know to dive into the finale. The contents include:

Castlevania: Lords of Shadow – Users guide Gabriel Belmont, a holy knight charged with protecting innocents from the malevolent Lords of Shadow, as his murdered wife’s spirit guides him to his ultimate destiny. Included with the first chapter are the ‘Reverie’ and ‘Resurrection’ DLC chapters.

Castlevania: Lords of Shadow – Mirror of Fate HD – The second chapter of the series continues the story 26 years after the events of the original Lords of Shadow, as Gabriel’s descendants confront their destiny.

Castlevania: Lords of Shadow 2 Demo – Whetting appetites for February’s epic conclusion, players also have their first chance to play as Dracula in the epic Lords of Shadow finale, via this exclusive demo.