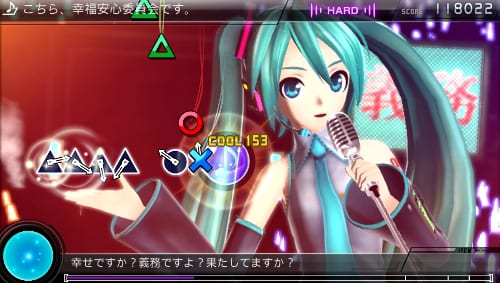 With the sequel set to hit store shelves in Japan during Spring 2014 on the Playstation 3 and Playstation Vita, Sega have chosen to release a new set of screenshots for the game, highlighting four specific songs and a wealth of new modules.

The below screenshots feature a total of four songs to be included in the game:

Also highlighted are a number of new modules to appear in the game. For those yet to check out Project Diva F, these are the costumes that you can unlock and purchase for each of the Vocaloid characters to wear while performing. These are: