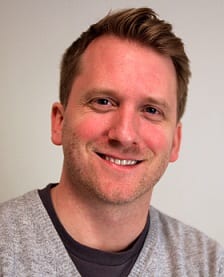 With all the news about EVE Online recently, it is sometimes easy to forget that CCP Games also have a free-to-play first-person shooter on the Playstation 3 as well, set in the same game universe to boot. The company have confirmed that they have enlisted veteran game producer Jean-Charles Gaudechon as executive producer for DUST 514. Gaudechon will drive future development of the persistent-world first-person-shooter DUST 514 at CCP’s Shanghai studio. Given that we are entering the next-generation of console gaming around the world, it wouldn’t surprise me if they have a Playstation 4 edition of the game in the works.

Gaudechon brings his expertise to CCP following his time as executive producer at publisher Electronic Arts in Stockholm, Sweden where he oversaw the development and service of Battlefield: Play4free and Battlefield Heroes, expanding the Battlefield franchise into the free-to-play realm. Prior to that, Gaudechon led the development and launch of EA’s online racing MMO Need for Speed World, taking the scope of the hit racing franchise beyond the console experience.

In addition to his extensive experience in the free-to-play space, Jean-Charles brings a tremendous sense of product vision and creativity to DUST 514. His track record of developing major online titles will serve the growth of DUST 514 very well.

The scope and vision of DUST 514, and its integration into the massive EVE Online Universe is unparalleled, creating the largest single-shard online multi-player game to date. I look forward to my journey with CCP as we push the boundaries of the game even farther, to an experience as large and meaningful as the EVE Universe itself.