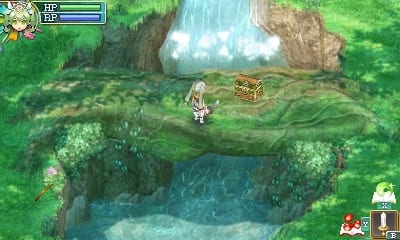 While Rune Factory games in the past have been published by Natsume, XSEED Games have acquired the rights to the series’ fourth major numbered release for the Nintendo 3DS. To be available both as a packaged retail edition and a digital release via the Nintendo eShop, the company have today locked in a 1st October 2013 release date for the title.

Rune Factory 4 is a fantasy life simulation game that combines farming and resource management similar to what is present in Harvest Moon with classic RPG dungeon adventuring. For the first time in series history, Rune Factory 4 gives players the option to play as a male or female hero. As the newly-appointed prince or princess, players fulfill royal duties of fulfilling requests from townsfolk, or taking a more rural approach to governing by harvesting their own fruits and vegetables to help out in other ways.

The prince or princess can woo marriage candidates from among the townsfolk. Communication and gift giving will be key to romance, potentially resulting in marriage and perhaps even a child. Players will be aided in dungeon adventuring by the castle’s vast armament of swords, spears, and staffs along with magical Rune abilities in battle against dangerous foes, and can even be supported by a companion or tamed friendly monsters.