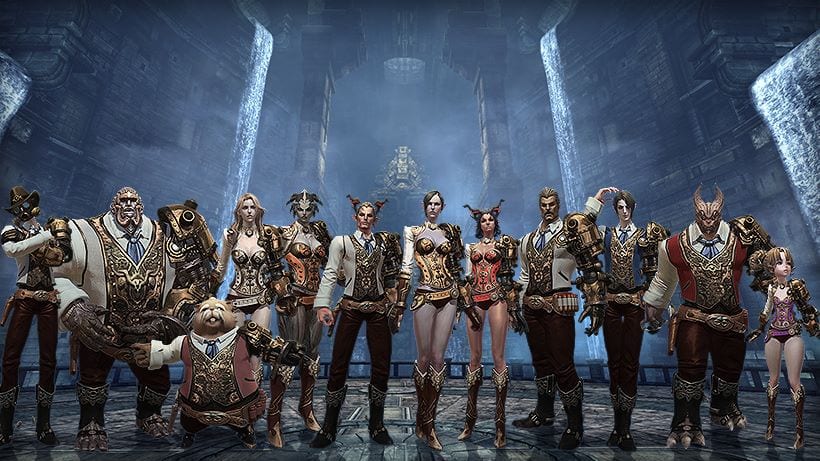 Following their last costume release that was exclusive to female characters, En Masse Entertainment have confirmed that their international servers for Tera Online will be receiving Steampunk costumes for all races and genders sometime this week alongside additional themed weapon skins. Costumes come in classy blue or dyeable white, while the rare versions of the weapon skins are all powered by steam apparently.

These costumes and weapon skins are to be available via the Valkyon Outfitters service and shall be paid additional content. Other recent costume releases include the 2013 Beachwear, Elin-exclusive maid outfits and school / sport uniforms.