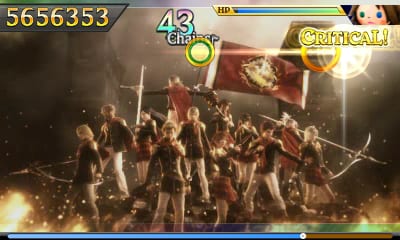 Following last years 25th Anniversary release of Theatrhythm Final Fantasy, Square Enix have decided to go for a second round with Theatrhythm Final Fantasy: Curtain Call. This release is set to feature a number of new songs from many different Final Fantasy titles both previously featured in the original release and brand new. The game will be playable at the Tokyo Game Show, with Square Enix sharing a list of the songs playable on the demo at the event:

Clash on the Big Bridge (Battle)

Festival of the Hunt (Battle)

We Have Arrived (Event)