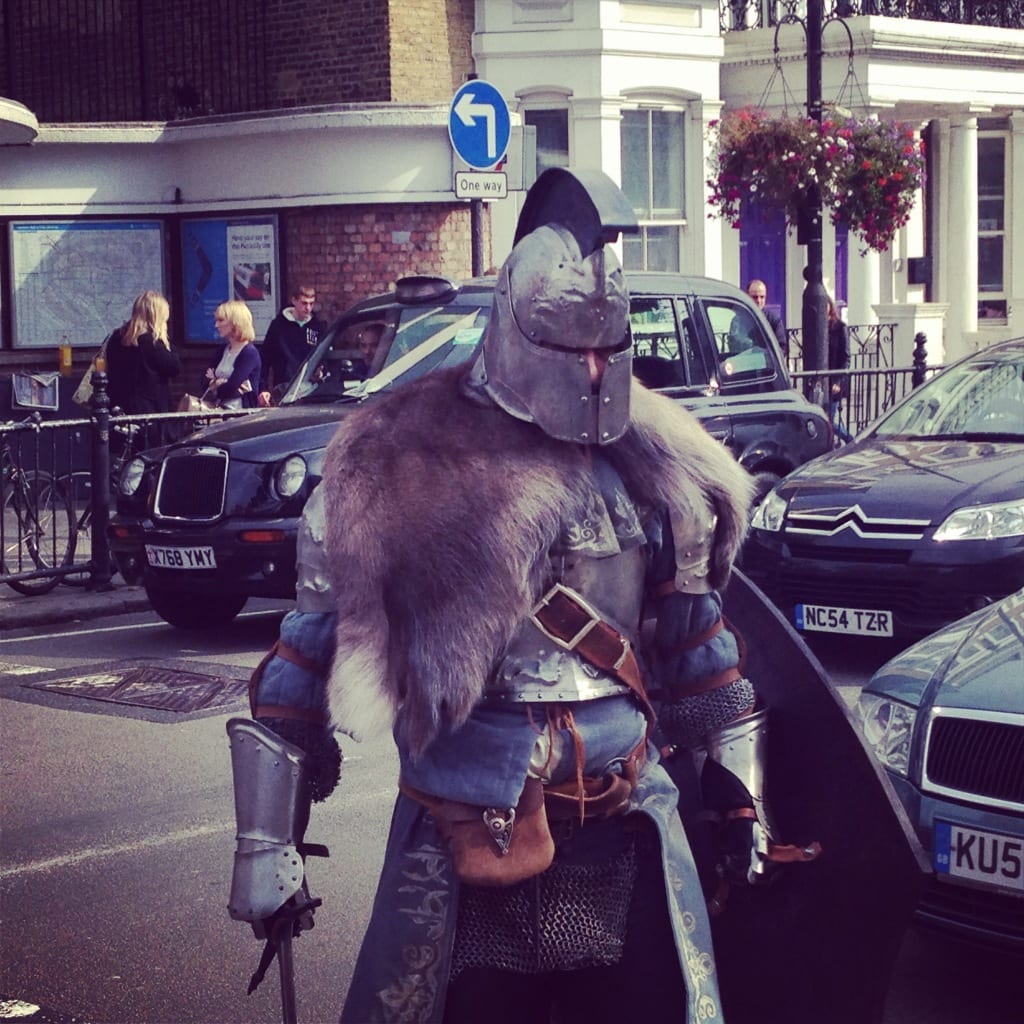 Game developers are certainly not getting much of a break when it comes to trade and public gaming expos, and less than a week since Tokyo Game Show 2013 ended the Eurogamer Expo is being held at Earls Court Exhibition Centre in London.

But it turns out that Namco Bandai may have not noticed that they were down one person, with a Knight from Dark Souls II taking to the streets of London and bringing traffic to a stand still.