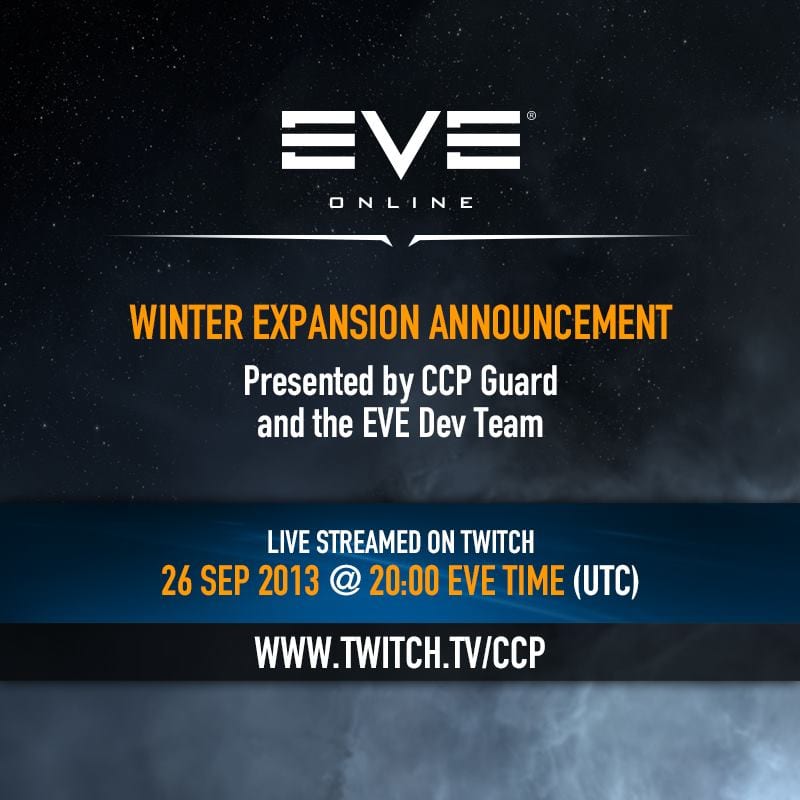 The team at video game developer and publisher EVE Online have announced that it is not too much longer until the next expansion pack for EVE Online – following the Odyssey pack – is announced. This free as always Winter Expansion is to be formally announced via a live stream session to be held on the 26th September 2013 at 20:00 EVE Time (UTC). This will be their 20th expansion for the game which is now in its second decade of service, and given this milestone I am hoping for something special (Will we finally get to go outside the locked door in the Captains Quarters?).

The stream will feature a number of developer and special guests including Senior Producer Andie Nordgren who will recap the recent past of EVE Online history and the future vision for the MMO. This will be followed by an in-depth winter expansion reveal with the EVE Dev Team going over a majority of the new features – including some concept art for new ships.

Rather than running around for a stream, bookmark this page and when time comes, divert your gaze below.