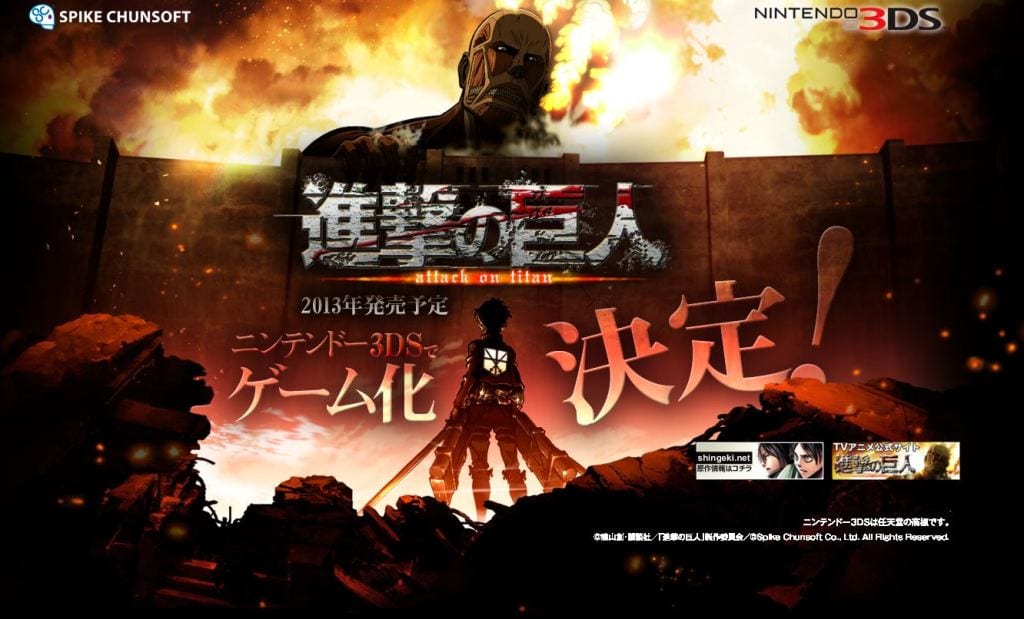 Since the anime adaptation of Hajime Isayama’s manga series Attack on Titan (Shingeki no Kyojin / 進撃の巨人) began airing in Japan last April, it has proved to be very popular in many aspects. This has spawned a series of video game adaptations ranging from visual novels to web browser and mobile games.

However Spike Chunsoft are joining the bandwagon and going ahead with production of an “Attack on Titan” action game for release later this year exclusively on the Nintendo 3DS. Despite no new information being confirmed for the game today, Spike Chunsoft have launched a teaser website today which is of rather nice quality and not overly vague / plain like others can be.

Available HERE, there is nothing other than links to the series’ websites but expect more to be unveiled in the near future.