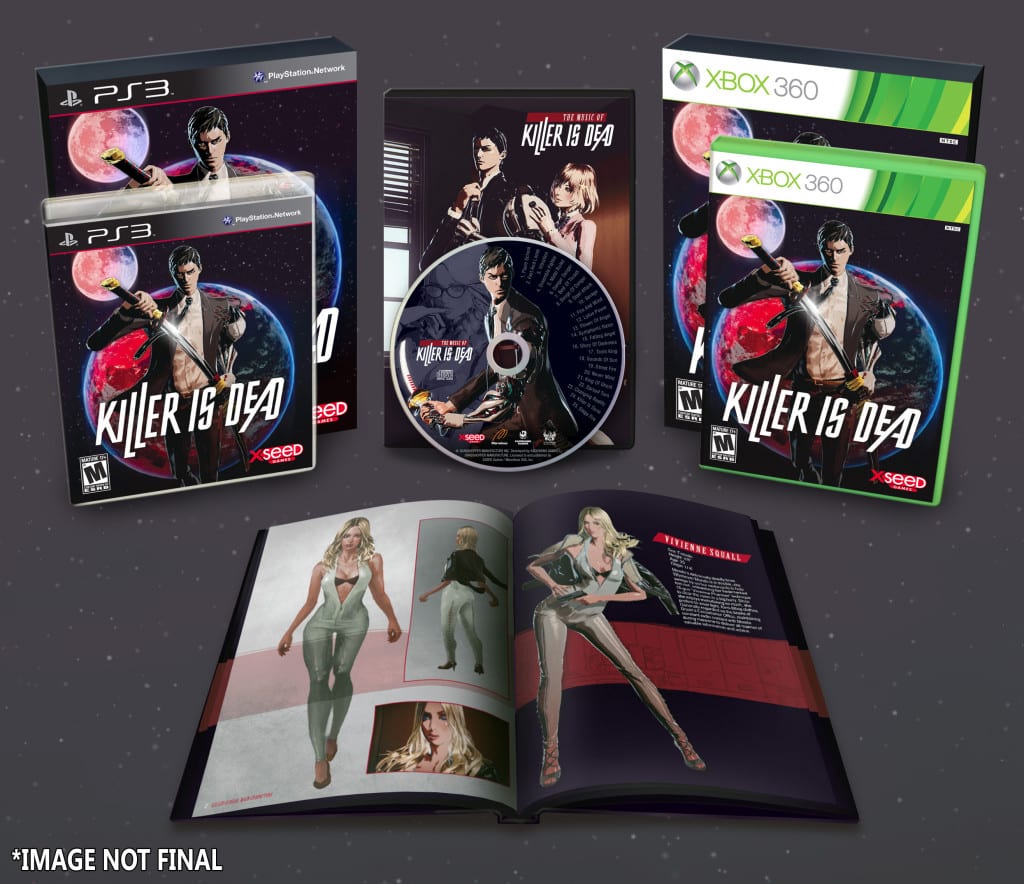 XSEED Games, the North American video game publishing brand of Marvelous USA have announced that Killer is Dead, the upcoming action / hack and slash developed by SUDA51 and his Grasshopper Manufacture is set for release on the 27th August 2013.

At a recommended retail price of $59.99 for both the Playstation 3 and Xbox360 platforms, all initial launch copies of the game are also set to be upgraded to a special “Launch Edition” package. This package is set to come with an 80-page hardcover artbook alongside a soundtrack CD containing 25 seconds and the Smooth Operator DLC pack containing some in-game goodies.

We are looking forward to the upcoming release of KILLER IS DEAD with a special art book, soundtrack CD and bonus DLC. Fans have been very supportive, which we’re extremely grateful for, so everyone who has pre-ordered the game or buys it at launch will get a deluxe version for no extra charge.

Distribution in PAL regions is set to be handled by Deep Silver. For my readers in Australia this will be distributed by All Interactive Entertainment alongside Deep Silver. The PAL region release date is set as the 29th August 2013 at a price of $89.95 for the Fan Edition.