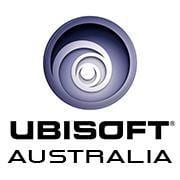 With PAX Australia less than two weeks away (July 19th – 21st 2013), Ubisoft Australia have today taken the time to confirm just what will be part of their showcase line-up during the event. This line-up is set to feature a number of their upcoming titles including Assassin’s Creed IV: Black Flag, Just Dance 2014, Rayman Legends, Rocksmith 2014 Edition, Tom Clancy’s Splinter Cell Blacklist and Watch_Dogs on top of a number of digital PC and iOS titles.

Attendees can check out Ubisoft’s lineup at stand 1536 at the Melbourne Showgrounds. The Ubisoft stand will feature the Uplay Theatre, where attendees will have the opportunity to see Ubisoft developers present their biggest titles including Assassin’s Creed IV Black Flag and Watch Dogs. The mobile gaming trailer, located between the Town Square and the Grand Pavilion, will be showcasing Trials Evolution over the course of the show.