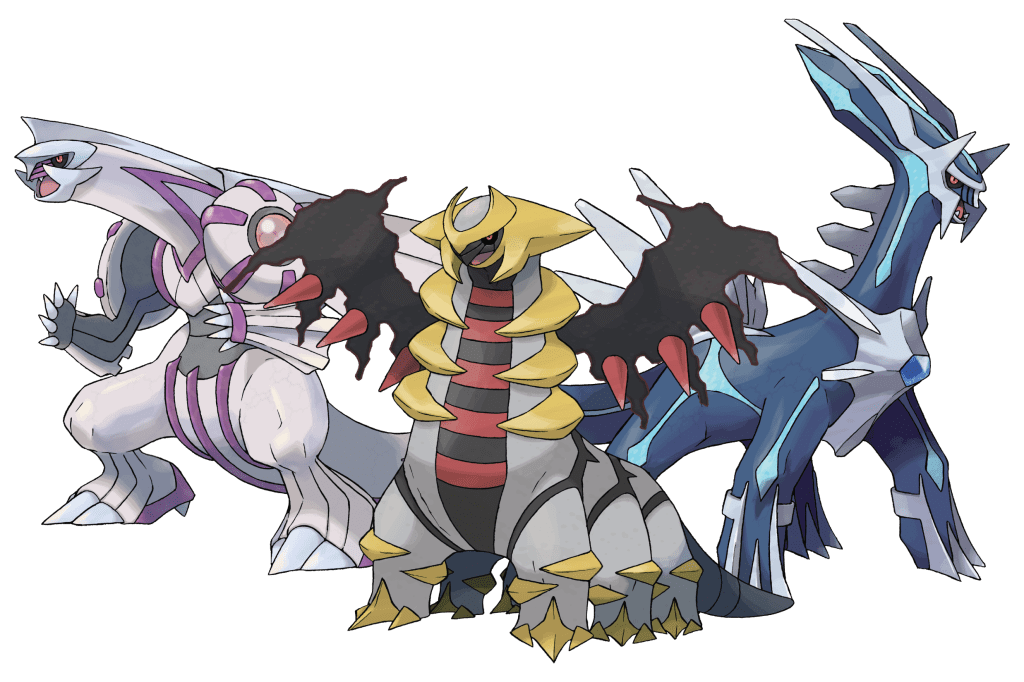 With Pokemon X and Y editions headed for launch in a couple of months time, The Pokemon Company International have chosen to have at least one last distribution event via Gamestop stores across North America (Unfortunately other than EB Games Canada stores at slightly different dates I have heard nothing about this being extended into other regions). Beginning on the 19th August 2013 and running until the 20th October 2013, players can get their hands on Shiny versions of the hard-to-get legendary Pokemon – Dialga, Palkia, and Giratina—starting with Dialga, which was featured on the cover of the Pokemon Diamond video game.

Each Shiny Pokemon will be available, one at a time, for only three weeks each, so Trainers will need to plan accordingly and head to a participating GameStop location if they want to add these extremely rare Legendary Pokemon to their Black/White edition trainers arsenals. Once the Steel- and Dragon-type Dialga’s distribution ends on September 8th, Pokemon fans can get a Shiny version of the Water- and Dragon-type Pokemon Palkia, beginning September 9th, and a Shiny version of the Ghost- and Dragon-type Pokemon Giratina, beginning September 30th. Palkia is the Legendary Pokemon featured on the cover of Pokemon Pearl, and the Giratina players will receive is the same Legendary Pokemon that appears in both games. Perhaps a way of upping the rare value of your Pokemon trainers Pokedex in X and Y?

The Pokemon are to be available on the following dates:

Players will need to have the Pokédex within the game and have no more than 11 Wonder Cards in their possession.