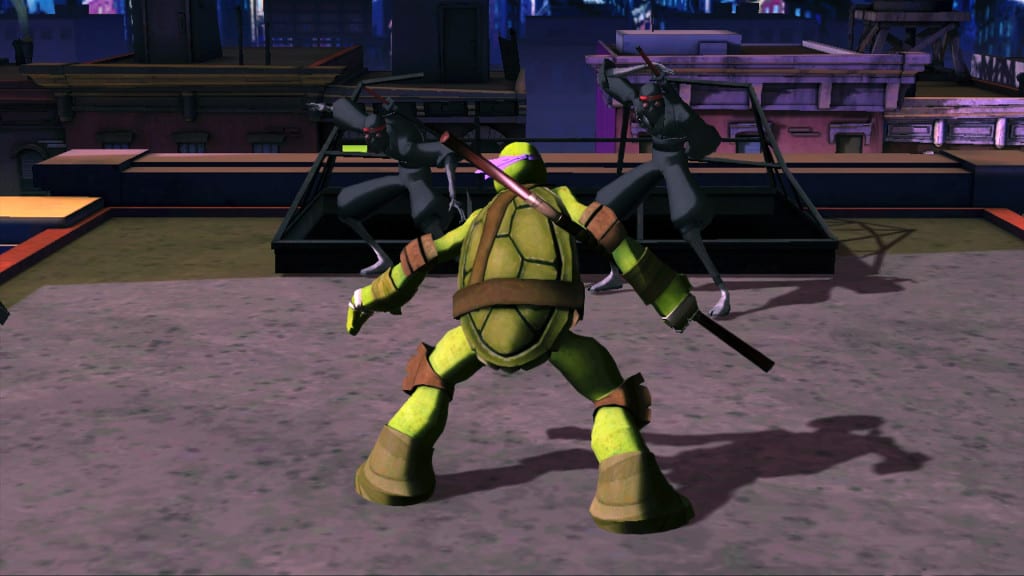 The streets of New York need some heroes – and they’re not picky about species!

The team at Activision Publishing have announced Teenage Mutatnt Ninja Turtles, a brand new original video game named after the popular series and developed by Magic Pockets. The game will see the return of the butt-kicking, pizza-loving Teenage Mutant Ninja Turtles – Leonardo, Donatello, Michelangelo, and Raphael. Set in the same universe as Nickelodeon’s popular animated series, this side-scrolling action-brawler will bridge the gap between the show’s first and second seasons, putting Turtle Power into fans’ hands.

True to classic TMNT-style gameplay and atmosphere, Teenage Mutant Ninja Turtles is planned to be an energetic, blazing beat ’em up with four-person, local, drop-in/drop-out co-op (Xbox 360 Only). They have also promoted a number of features including character upgrades, secondary items, and multiple gameplay modes. It offers an authentic Turtles storyline, encompassing franchise-favourite characters and locations from the animated series.

Teenage Mutant Ninja Turtles is planned for release later this year for both the Nintendo 3DS and Xbox360 video game platforms. Given the different consoles it is assumed that while they will share the same core mechanics they will also differ to take advantage of the consoles different capabilities.