Aksys Games to Bring Sorcery Saga: The Curse of the Great Curry God Internationally in Early 2014 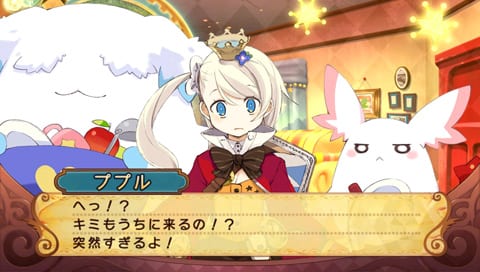 While a majority of the video games developed by Japanese development studio Compile Heart see a release internationally by the team at Nippon Ichi Software America, an exception to this is the Agarest series which has always been released by Aksys Games in North America. This is about to change with a new exception being announced at Anime Expo 2013. The team at Aksys Games confirmed they had acquired the rights to Sorcery Saga: The Curse of the Great Curry God.

Also known as Sei Madou Monogatari / 聖魔導物語 in Japan, Sorcery Saga is a Roguelike Dungeon Crawler exclusively for the Playstation Vita with a sizable character cast and hopefully some strong gameplay mechanics to go with it. Of course, the game will come with one of those out there storylines we have previously seen in titles like Mugen Souls where you play as Pupuru whose mission is to produce the legendary curry ever made.

Sorcery Saga: The Curse of the Great Curry God is set for release in North America in early 2014 by Aksys Games. No PAL region publisher has been confirmed yet, but as Ghostlight has shared a couple of titles with them in the past (And Compile Heart titles to boot) they are my first company of interest.