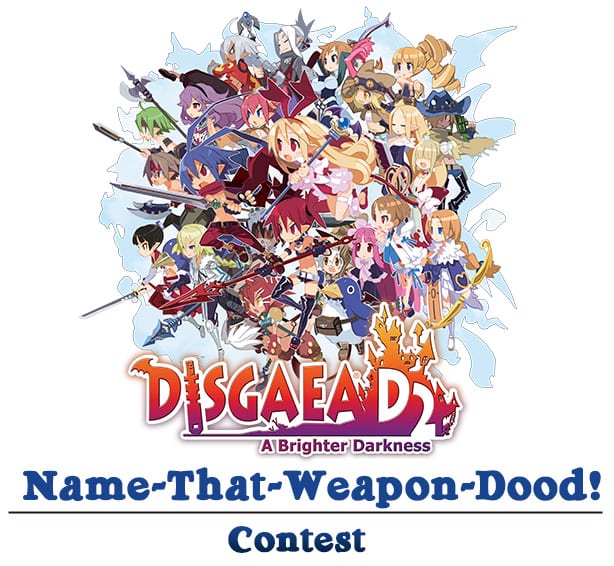 Following a similar contest held for Disgaea 4: A Promise Unforgotten, Nippon Ichi Software America have announced a Name-That-Weapon-Dood! contest for Disgaea D2: A Brighter Darkness which is set to release internationally later this year.

As the name suggests, they have six weapons of six different weapon types that are currently without a name, and want six fans of the franchise to come up with creative, ridiculous and/or downright spectacular names for the weapons. The six  winners who are chosen by the team at NIS America will have their weapon names included in the game as well as receiving a standard edition copy of the game and Roly Prinny plushie.

The content is available for the next two weeks until the 28th June 2013. To apply click HERE, otherwise to get your thought processes rolling I have included images of all six weapons below.