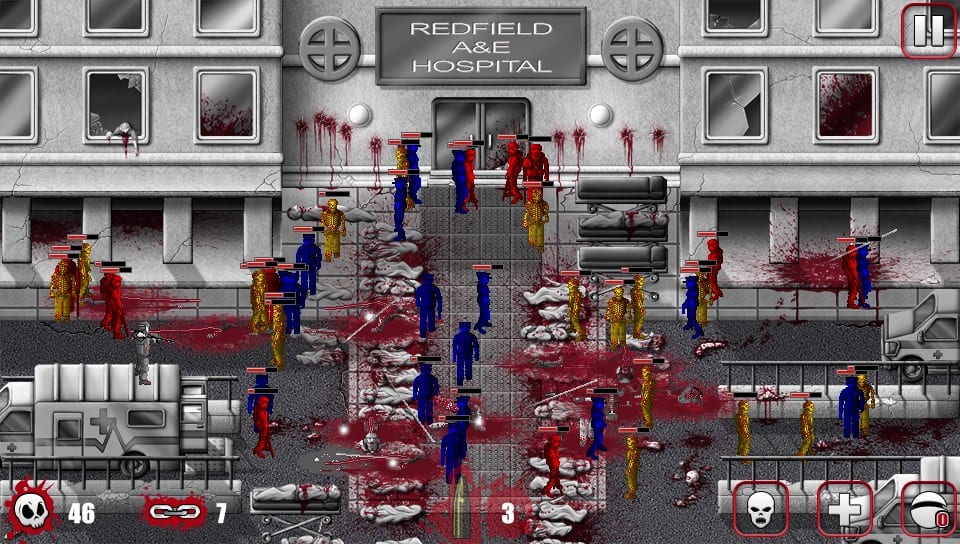 The team at Laughing Jackal have today confirmed their intentions on releasing OMG HD Zombies, a wholly-revamped full-blooded Vita homage to their minis title OMG-Z on the 19th June 2013 in Europe.

For those of you who never experienced the simple joys of zombie-popping first time around, then you’ll need to know that a virus has sprung from experiments on a virulent fungus that causes its zombified victims to EXPLODE when attacked. If any infected matter lands on another zombie then they explode too, causing a chain-reaction-tsunami of gore! Wise to this, your Riot Cop character is able to take down whole city blocks of the undead with a single well-placed rifle round!