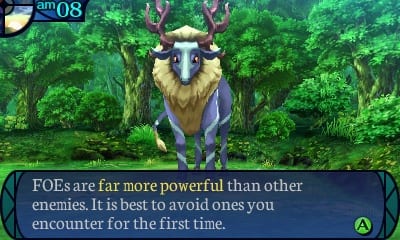 While I wouldn’t say it comes as a big surprise given their history with past installments, but ATLUS USA have today confirmed their acquisition and plans to publish Etrian Odyssey Untold: The Millennium Girl on the Nintendo 3DS this Fall gaming season. In this installment a new challenge for map-making labyrinth-crawling fans awaits, as not one but two different experiences await.

The expanded story mode takes players on a journey to unravel the mystery of the Yggdrasil Tree’s origins, and the classic mode updates the original Etrian Odyssey. Both versions feature the same gameplay conveniences, updated 3D graphics, and StreetPass abilities as in Etrian Odyssey IV.  Exclusive to the Nintendo 3DS system, Etrian Odyssey Untold: The Millennium Girl will be released in North American stores and in the Nintendo eShop for Nintendo 3DS simultaneously. 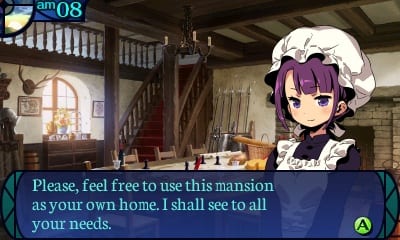 The biggest addition to Etrian Odyssey Untold: The Millenium Girl is the story mode – a first for the series. The story mode gives players five pre-made characters, each with their own personalities and dialogue to explore a side of Etria not seen in the first game. Adventurers must brave new dungeon layouts, floors and enemies to find out the truth behind the Yggdrasil Tree, and the mysterious girl, Frederica.

Also new to the series is the Grimoire Stone system, available in both modes. In previous Etrian Odyssey games, skills were set to specific classes, but by collecting, synthesizing, and equipping Grimoire Stones, players can hybridize their party to excel in combat. With the right Grimoire Stones, combatants can even learn powerful enemy skills. 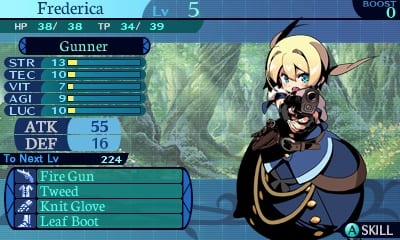 To take full advantage of the Nintendo 3DS system’s power, EOU features animated opening and story cutscenes by MADHOUSE Inc., renowned for its extensive background in animation, including other ATLUS games Persona 4 Golden and Persona 4 Arena. There will also be voiceovers for the story and battle scenes and the option for orchestrated background music.

Etrian Odyssey Untold: The Millenium Girl is so much more than a remake. The ATLUS team went above and beyond to create a full-length story mode that really explores the world of Etria. The updated gameplay conveniences from Etrian Odyssey IV make the game approachable for new players, while the added voices, 3D graphics and new gameplay systems continue to push the series forward.

The game goes beyond story mode with the inclusion of classic mode, a full-length experience in itself, for players to create their own classes and explore the world of Etria. The same chart-making mechanic is back, along with first-person dungeon exploring and intense turn-based combat in new dungeon layouts. EOU also brings new difficulty modes, which can be changed at any time: “Picnic” and “Standard” mode are for players new to RPGs or the Etrian Odyssey series, while “Expert” adds new challenges for veteran adventurers.