The Legend of Zelda: Oracle of Ages / Oracle of Seasons Part of This Weeks Nintendo eShop Release Slate 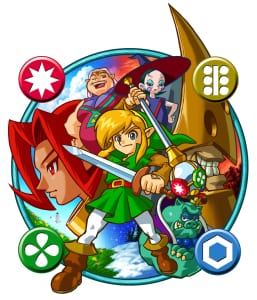 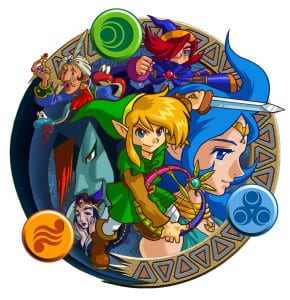 Given the franchise’s very long history, I don’t consider it surprising that for every gamer they have a different favorite Legend of Zelda game. For me two of perhaps my favorite installments in the series were Oracle of Ages and Oracle of Seasons for the Gameboy Colour. These two games were sold individually, but if you owned both (or had a sibling you could swap with) using the games code system you could carry over some limited data and continue the story in the other game – leading to a finale that ties the two together.

While I think it is unfortunate the games haven’t received the attention I think they deserved (Physical collection re-release or something along those lines), they are both set to be released as part of the Nintendo 3DS’ virtual console from the 31st May 2013 and feature a limited time special offer price of $6.50 each (Originally $7.80 each). The entire release slate for the Nintendo eShop this week includes:

The Legend of Zelda: Oracle of Seasons
Nintendo 3DS (Virtual Console) | Nintendo | 31st May 2013 | $6.50 –> $7.80
Onox, the General of Darkness, has imprisoned the Oracle of Seasons to drain life from the land. Link must control the seasons themselves to turn the tide of evil! Change seasons at will – like conjuring winter to cross rivers – to solve puzzles and explore the land. Befriend animals to aid you, collect mysterious rings and conquer eight dungeons to recover the Essences of Nature. Plus – link with The Legend of Zelda: Oracle of Ages via passwords to conclude your quest. Unlock secrets in both games, carry over items and reveal the ultimate boss battle!

The Legend of Zelda: Oracle of Ages
Nintendo 3DS (Virtual Console) | Nintendo | 31st May 2013 | $6.50 –> $7.80
Veran, the Sorceress of Shadows, has captured the Oracle of Ages to change history! Link must bend time with the Harp of Ages to save the Oracle, but the clock is ticking… Embark on a time-spanning adventure, where your actions in the past affect the future. Befriend animals to aid you, collect mysterious rings and conquer eight dungeons to recover the Essences of Time. Plus – link with The Legend of Zelda: Oracle of Seasons via passwords to conclude your quest. Unlock secrets in both games, carry over items and reveal the ultimate boss battle!

The “DENPA” Men 2: Beyond the Waves
Nintendo 3DS | Genius Sonority | 31st May 2013 | $13.00
The Denpa Men are mysterious little creatures that float around radio waves. They all have their own territories. You can’t see them with the naked eye, but you can use your Nintendo 3DS to find them and
catch them. In this RPG, you can form a team of the Denpa Men you caught and take them on an exciting adventure across the world, in order to save the hero’s family. If you played the previous game, you’ll be able to transfer your hero and to bring all of your friends from the previous game into this one!

Mario & Sonic at the London 2012 Olympic Games
Nintendo 3DS | SEGA | 31st May 2o13 | $49.99
On your marks and get set for the world’s greatest sporting event as Mario & Sonic head to the London 2012 Olympic Games. Hosted within the truly iconic setting of London, the games are back, bigger and better than ever before, bringing even more multiplayer fun and excitement to friends and families everywhere.