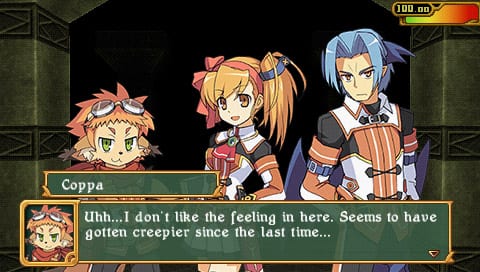 It has been far too long since the very first installment of Class of Heroes was released to the North American market in April 2009. While the Class of Heroes franchise has since expanded to several more titles in the series throughout Japan, the localized releases remained stagnant until picked up by the team at Gaijinworks and MonkeyPaw Games – which after a considerable wait have finally confirmed that the Playstation Portable exclusive title Class of Heroes II will be released on the 4th June 2013 via the Playstation Network service. The release will overall set gamers back $24.99 AND does feature compatibility with the Playstation Vita

We’re extremely excited to release this addicting sequel for more reasons than the obvious localization enhancements. Class of Heroes II is just one of many J-RPGs that deserve to be played by more gamers around the world and we hope, for the hardcore fans, that other companies realize that these kinds of opportunities are also possible.

Having never had the option to play the first game in the franchise which was published internationally by ATLUS USA, I look forward to checking out this new dungeon crawling experience. For more information on the game, check out its archives HERE.

Facebook
Twitter
ReddIt
WhatsApp
Pinterest
Telegram
Previous articleFifth Hanabee Weekly Update Released – June Releases, Upcoming Conventions, T-Shirt Competition Winner AND Still No Word on the Mystery From Last Week
Next articleMicrosoft Unveil Their Cards for the Next Generation of Consoles, With the Xbox One