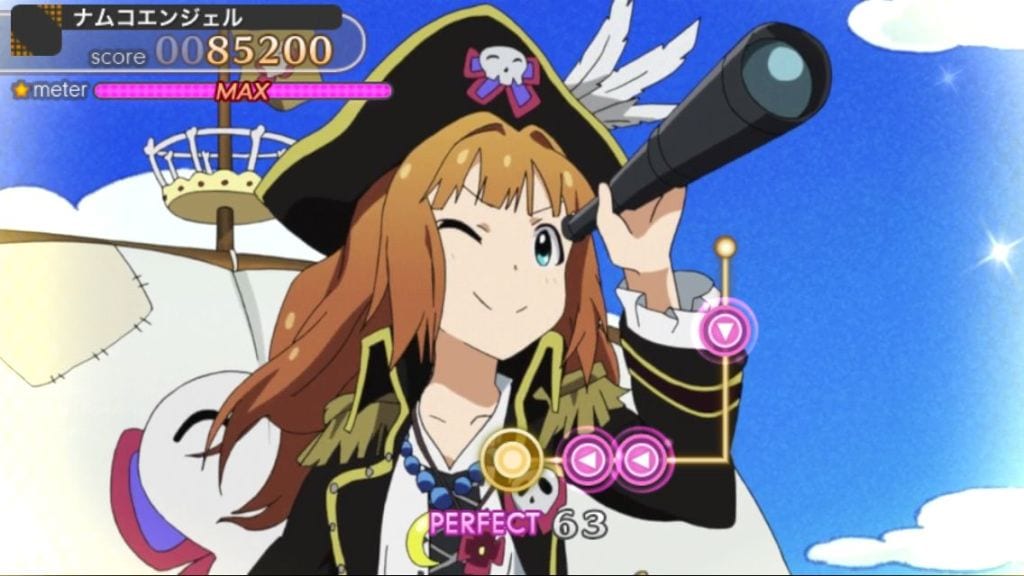 While we still seem to be some ways off an announcement of The [email protected] 3 or another new installment in the series, Namco Bandai Games have released the three installments of The [email protected]: Shiny Festa on iOS devices, following a release last year on the Playstation Portable platform. These editions have not been merged from the original PSP releases and are spread over Honey Sound, Funky Note and Groovy Tune – each of which focus on a different set of idols. Unlike the Playstation 3 and XBox360 versions of the game, Shiny Festa is not an “idol raising” game but focuses more on a rhythm aspect which was not that prevalent in other releases.

For the first time in the series you are no longer limited to importing the game as it has been released on international Apple Stores under the titles Rhythmic Record, Melodic Disc and Harmonic Score. This means that the trademarks discovered a few months back actually did result in a release. Unfortunately they do come at a price – coming in at approximately $54.99 each…. which actually makes Square Enix’s iOS releases cheap in comparison. These are however not released on the Australian iOS store *pout*.

For more information, check out my The [email protected]: Shiny Festa archives.