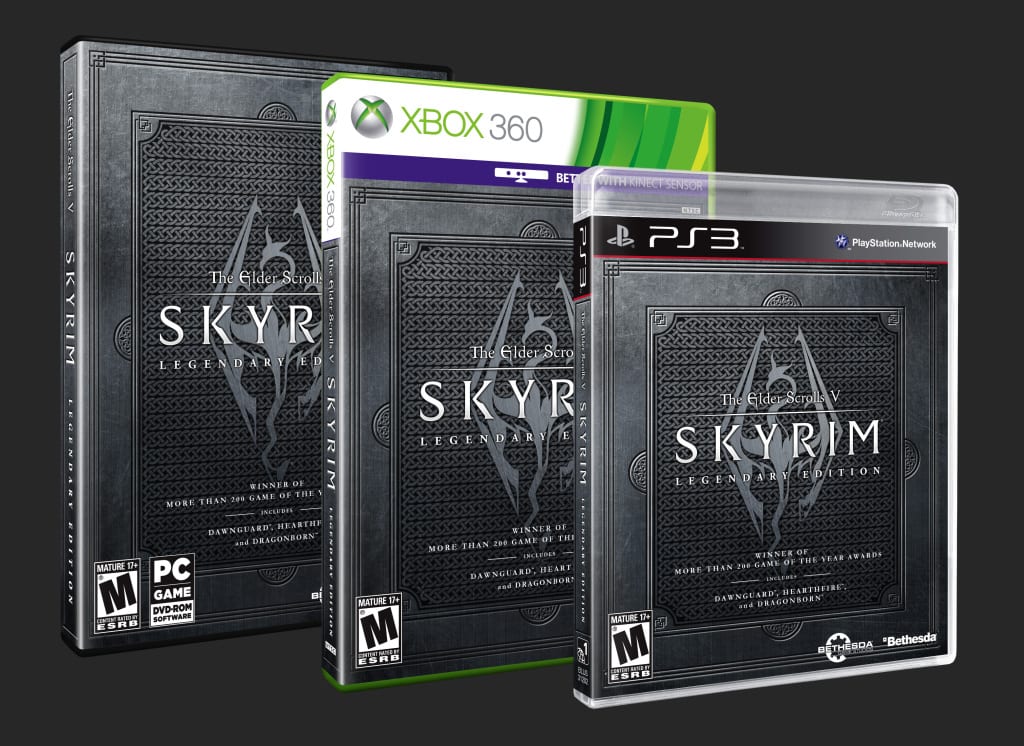 While my first experiences of Skyrim may have been less than stellar (I picked up the Playstation 3 edition so go figure…), it is hard to deny that the fifth installment in The Elder Scrolls series has been a success with strong sales and a strong reception. But as with all games, development must end and as with many of their previous releases… Bethesda Softworks have formally announced The Elder Scrolls V: Skyrim Legendary Edition – which for the PC, Playstation 3 and XBox360 comes bundled with the full game, all available official DLC content (Dawnguard, Hearthfire and Dragonborn) as well as a few added features like combat cameras, mounted combat and so forth.

This collection is set to be released on all three platforms for $59.99 as part of physical and assumingly digital bundles (For the PC). Gamers in North America can pick it up from the 4th June 2013 while those of us in PAL regions have to wait a few more days until the 7th.