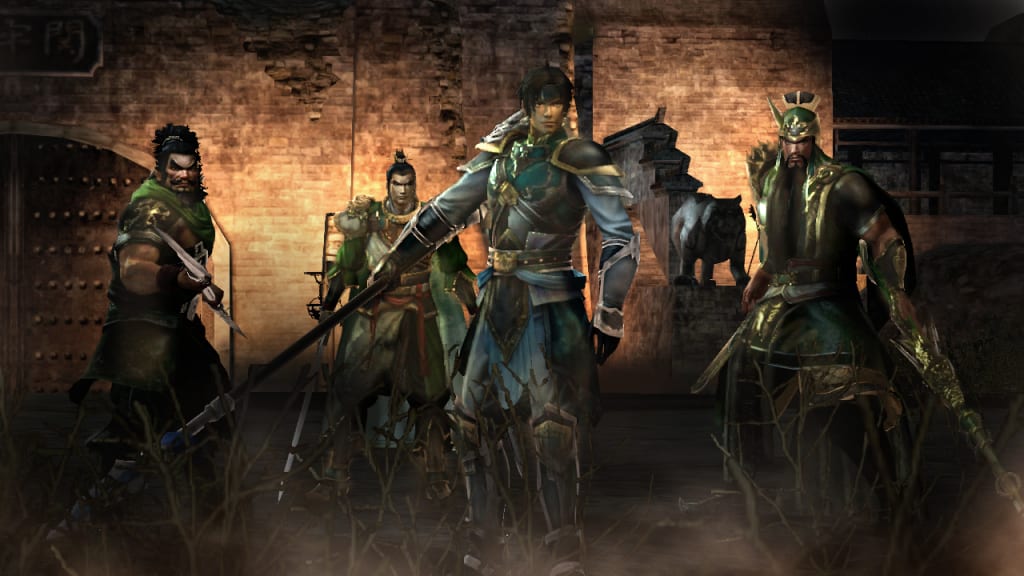 First of all, for those of you whom have read my coverage of the Japanese release of Dynasty Warriors 8, there is nothing much in terms of news here as I have covered much of it in the past. However, for those who are now becoming interested in Dynasty Warriors 8 now that all releases in the Dynasty Warriors 7 series have been released to market – Tecmo Koei Games have today announced two new warriors from the Wu Kingdom to the roster of playable characters in their upcoming release.

Lu Su is a majestic governor-general who enjoys the trust of the people who surround him and acts as a capable diplomat seeking to put an end to the bloodshed of the war. He is a very reliable man, comfortable in his role as a successor to the teachings of Zhou Yu and Lu Meng and he always lends his excess resources to the needy in an attempt to fulfil his goal of surviving the turbulent times he lives in. Alongside Lu Shu the skilled veteran Han Dang joins the forces of Wu. Although sometimes jealous of his overachieving fellow officers he is a gently humble and dependable leader and a quick and fearsome warrior.

Set for release on the 12th July 2013, Dynasty Warriors 8 in the main game in the next set of titles for the tactical action franchise. Unlike the Japanese release, this game will be available for both the Playstation 3 and XBox360 video game consoles. As with previous titles of the series, Dynasty Warriors 8 follows the stories of the kingdoms of Wei, Wu, Shu and Jin through the actions of historical military and political figures of the time as they fight to gain control over the Three Kingdoms of China.

Oh, and take a look at some screenshots and character artwork – as with the news some of you may have already seen from my Japanese edition coverage.