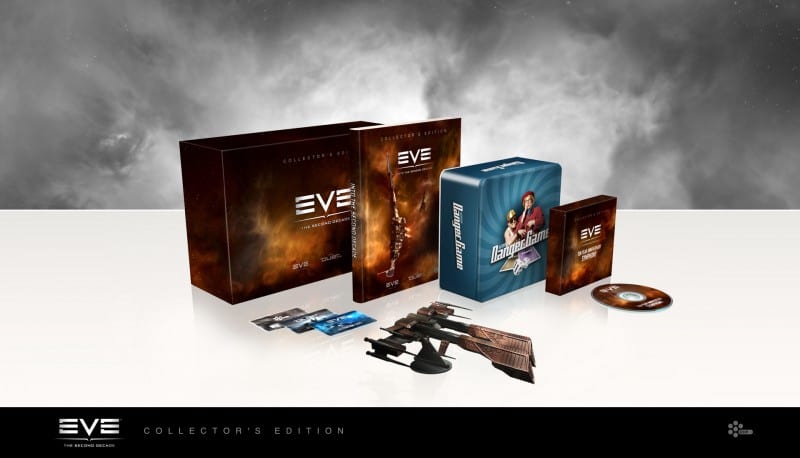 CCP Games, the team behind the decade-running online game EVE Online are in the middle of their annual fanfest events, and have made a number of announcements to mark the coming of their tenth anniversary. The first major announcement is the planned release of EVE: The Second Decade Collector’s Edition, a limited edition box set containing numerous unique items. This will not only include the game and assumingly some game time, but also a few extra goodies including:

In addition to these physical goodies, the company will include a number of one-time-use codes for both EVE Online and their upcoming Playstation 3 release of DUST 514. The in-game items include:

This entire collection is a tad pricey, coming in at $149.99/€149.99, and can now be ordered through the official EVE Store and Amazon.

EVE Online is a unique experience in gaming, with the most passionate, imaginative and loyal gamers anywhere growing and evolving the EVE universe for over ten years. This collector’s edition was created in honor of and specifically for those who have truly brought EVE’s solar systems to life.