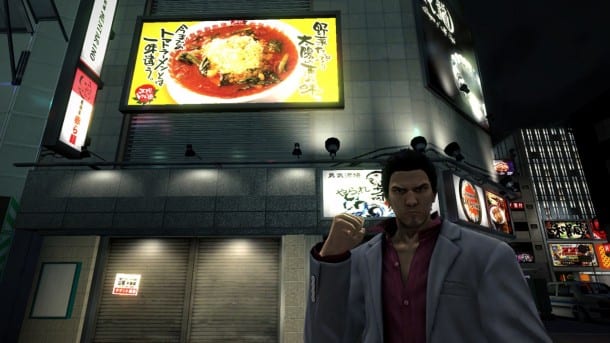 All Yakuza games since its original release have had an open world, which has expanded with each release allowing you to take some time off from the main plot and do karaoke, play some arcade games or even have whatever character you are controlling dine at one of Kamurocho’s many restaurants and food outlets.

Yakuza 5 will be no exception, and in terms of ramen shops Sega are holding a collaboration with five real life ramen shops to appear in the game – as shown in the screenshots below. These shops are in turn set to sell ramen themed on the game.

If you are interested in just what stores these are, check out 4gamer.net’s recent article HERE.