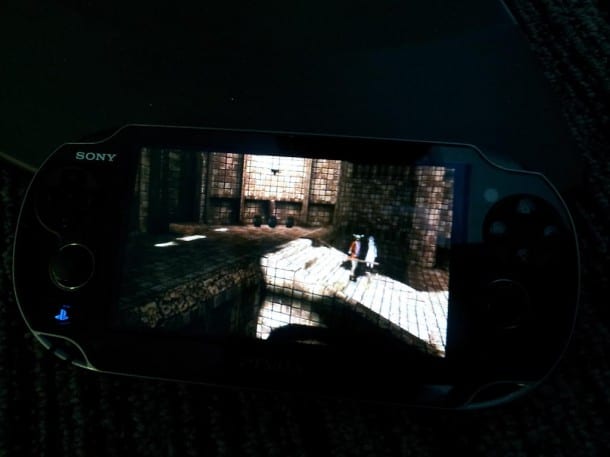 Released by Team Ico and Sony Computer Entertainment originally in 2001, Ico was a simple and surprising hit with the gaming community (Met several years later with an unavailability of the game nearly everywhere) and was one of the first games to receive a Playstation 3 HD Collection release.

Sony Computer Entertainment Worldwide Studios head Shuhei Yoshida posted the above image on his Twitter feed @yosp. Later on he posted the following:

Sorry to tease you, I was play testing ICO HD Remote Play on PS Vita. We are almost ready with a patch. Beautiful on OLED. More info soon.

So keep a look out for a patch, and prepare for potentially another replay of the game!