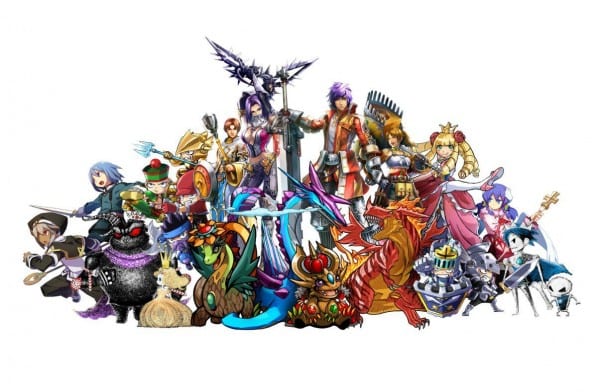 You may recall my mentioning GungHo Online Entertainment a couple of times on The Otaku’s Study, from the closure of my first ever Japanese-language online game server (Yogurting) to the many articles on the upcoming release of Ragnarok Odyssey. Today however brings news of GungHo Online Entertainment America opening its doors, a multiplatform publisher for the online gaming community and the announcement of its inaugural lineup  of six games scheduled for release starting this year.

Our quest at GungHo Online Entertainment America is to seek out the best new titles for the rapidly growing community of online gamers, which has always been a passion of mine. Our inaugural lineup reflects a strong portfolio of network-oriented games from skilled developers such as Game Arts with plans for more to be announced in the coming months.

The following are six titles that GungHo intend to start their release line-up with:

Dokuro: An innovative action puzzle game for PlayStation®Vita system that uses the front touch screen and rear touch panel to allow players to transform into different forms to play as characters with varying skills and abilities. The game is scheduled for release in October.

Picotto Knights: A social action RPG for PlayStation®Vita system that combines fun ‘beat-em-up’ combat with a revolutionary Ghost system that allows players to form parties by summoning the avatars of friends at any time, even if they are not online. The game is scheduled for release in early 2013.

In addition to North American publishing efforts, GungHo Online Entertainment America will also be publishing titles in Europe including:

Ragnarok Odyssey: A real-time, action RPG based for PlayStation®Vita system on the popular Ragnarok Online universe.  Scheduled for European release later in 2012.

As part of a global organization, GungHo Online Entertainment America will support GOE-branded games including:

Puzzle & Dragons – An intuitive puzzle RPG for iOS that has topped the list of highest grossing iOS apps in Japan. Scheduled release in November.

Freak Tower – A unique hybrid of tower defense and simulation for iOS and Android where the goal is to build the freakiest tower in town. Invite friends from Facebook and Twitter to move in as tenants in the tower and defend it from evil monsters. Scheduled release in November.

Princess Punt 2 – A zany, cartoon-style action puzzle RPG for iOS and Android where the princess must kick her trusty knights and weapons at target creatures to destroy them. Scheduled release in early 2013.