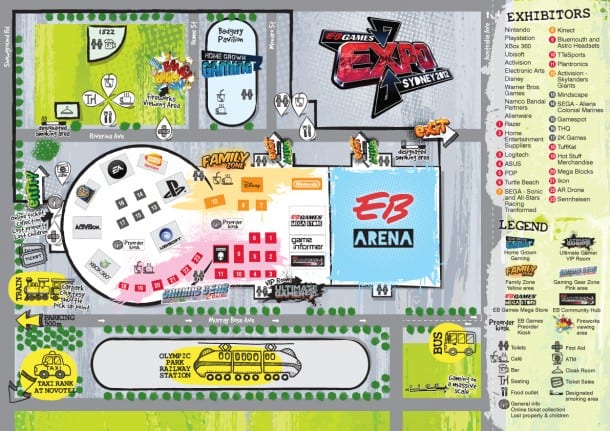 This October, the second annual EB Games Expo is being held in Sydney, Australia. While it might not be as big as other conventions such as E3 or Gamescom, it has the added perk of being more for the public than the gaming media.

A couple of days ago I released a tentative schedule for the event, showcasing some of the seminars you will be able to take part in during your session of choice.  What I also have now is a map of the entire venue, pin-pointing where you should be able to find the booth for your favorite game company in addition to other areas for different events.

EB Games Expo is being held at the Sydney Showgrounds, Sydney Olympic Park between the 5th and 7th of October 2012.