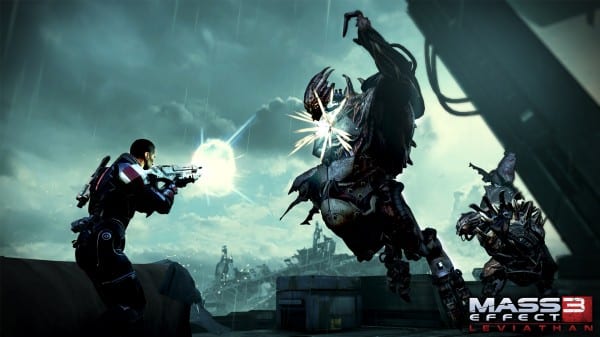 The fight to save the galaxy continues! As unexplainable events begin to unfold, Commander Shepard and crew must travel to unexplored locations in order to piece together a shocking theory that could turn the tides of the war against the Reapers.

Available for download today, Mass Effect 3: Leviathan is a new single player DLC installment which expands upon the events of Mass Effect 3 by adding a new chapter to Shepard’s legacy, emotionally engaging characters and powerful weapons and upgrades. In addition to the new story content, Mass Effect 3: Leviathan also includes two new weapons, the AT-12 Raider Shotgun and M-55 Argus Assault Rifle. Both new additions will be needed as Commander Shepard plunges to the darkest depths of the galaxy to uncover this elusive intelligence.

You can download Mass Effect 3: Leviathan on the XBox Live, Origin and Playstation Network today for $15.95 or 800 Microsoft Points.

With Mass Effect 3 DLC, we really want to focus on providing players with new experiences that are unique and special. With Leviathan, we wanted to give our fans the chance to really explore, discover and learn more about the universe they love.