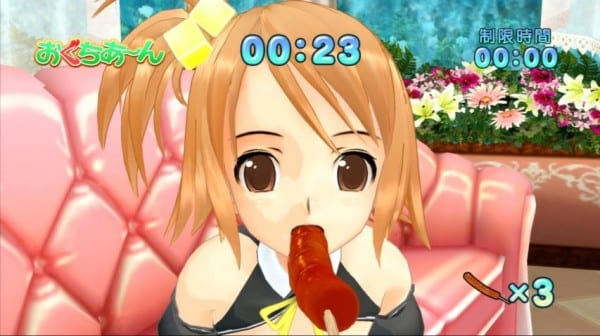 The game will be based off the original game, but with improvements from Dream Club Zero added to it…. apparently including the mini-game shown above when you feed the hostess of your choice bananas and hotdogs.

You will be able to pick this game up and enjoy such mini-games and the whole host club experience this Winter. Chances of seeing an English localized release…. I wouldn’t be getting your hopes up at all.