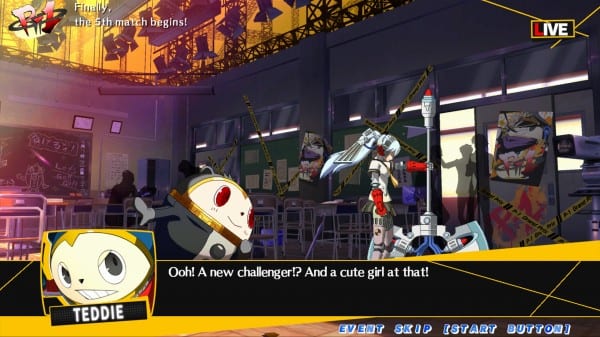 This week certainly has been active when it comes to promotional material for the upcoming Playstation 3 and XBox360 release of Persona 4 Arena. ATLUS USA have released a second batch of the games Arcade Mode, a mode with minimal storyline and more gameplay – similar to what one would expect in the Japanese arcade releases of the game.

The game is due for release in North America on the 7th August 2012 for both the Playstation 3 and XBox360.