New The [email protected] Game to Be on Playstation Portable, Split Over Three Games 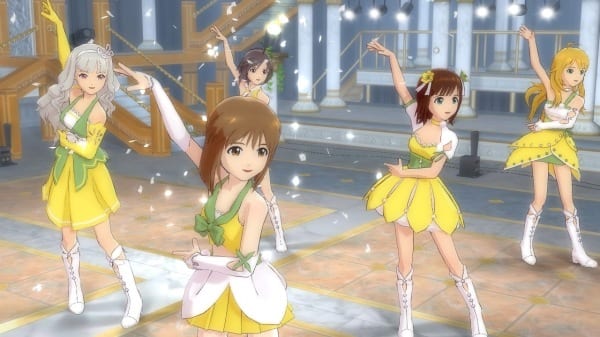 While The [email protected] series has recently seen success on the mobile market with The [email protected]: Cinderella Girls for which it has resulted in its own line of soundtracks for newly introduced idols, some might have been questioning when we would be seeing the next release in the series on the home console market (Aside from the additional Anime + Gravure For You sets that have been released). According to reports by the Tales Source and Sinobi, this weeks upcoming release of Famitsu will be promoting the next line of games to come to the Playstation Portable “The [email protected]: Shiny Festa”, as with the last game for the console to be spread over three versions – Honey Sound, Funky Note and Groovy Tune, each with their own respective idols attached to them.

The characters for each volume include:

As the magazine has not been released to market yet and the game has not been formally announced by Namco Bandai as of yet, we are limited as to what information we currently know on this title – this includes specifics on gameplay, character designs (All screenshots and artwork above are taken from The [email protected] 2) and other bits and pieces. However according to Sinobi, it seems like this will deviate from the normal style of The [email protected] games by focusing on more rhythm style gameplay mechanics than the idol career building. But we are bound to hear more on this sooner rather than later.